After retiring from the game, former poker ace Haseeb Qureshi donates his earnings and makes a fresh start

West Hollyood, CA -- (ReleaseWire) -- 12/23/2013 --Haseeb Qureshi’s career as a professional poker player began unexpectedly at 16. Five years later, he was a world-class high stakes player, with sponsorship as a Full Tilt Poker “Red Pro,” and a growing reputation as a leading poker instructor. But at the height of his career, at the age of 21, his friend and then protégé José “Girah” Macedo was caught cheating, shocking Haseeb and outraging the poker world.

Answering the ensuing outcry, Haseeb lied repeatedly to the poker community about the extent of his relationship with Macedo, for whom he was originally acting as an agent and backer—a series of mistakes that would cripple his reputation and prompt his retirement from professional poker. He returned to his home in Texas to complete his education and reconnect with his family, and has spent the intervening years volunteering, writing, and reestablishing his life outside of the game.

Now, two years after his fall from grace, Haseeb has decided to give away his poker earnings and start a new chapter in his life. He is donating $75,000 to charity, and the remainder of his assets he has relinquished to his parents to go towards their retirement.

“I just want to start from scratch. Poker was a rough life while I was in it. But now that I’ve been away for a while, I realize just how kind it was to me. I’m trying to move forward in my life, and just do what I can to help people. Poker gave me more than I ever needed, so it feels like the right thing to do to pay it forward,” he says.

He intends to distribute the $75,000 among several human rights charities. The Indigenous Cultural Conservation Society, a charity aimed at addressing ecological issues in rural Kenya, has already received a $20,000 donation from Haseeb. He is in the process of selecting the recipients of the remaining $55,000.

“I’ve been working on this book for a couple years, and now it’s finally ready. It’s all the lessons I never had the chance to teach while I was playing poker. I wanted to make it affordable enough initially so that even a low-stakes player at the start of their career could easily purchase it. Poker is a hard life; I hope this book will equip people to deal with poker’s challenges.”

Haseeb Qureshi has coached over 100 professional poker players and has worked for Deucescracked and Cardrunners, major poker educational sites, as one of their lead instructors. Haseeb has not played a single handle of poker since retirement and has dedicated the majority of his time to helping other players. He now works as a mind coach. Mind coaching is a subset of poker coaching that focuses on teaching poker players how to control their emotions, overcome their fears, and master their mindsets.

Additionally, he has written numerous articles pertaining to poker theory and mindset on his website. For more information, interview requests and review copies of his e-book, please contact: info [a] amentertainment.com.

About Haseeb Qureshi
Haseeb Qureshi started playing poker professionally when he was 16 years old. He soon became a renowned high stakes professional online poker player and was sponsored by Full Tilt Poker. At age 21 he became entangled in the Girah Scandal, in which a protégé of his, Jose “Girah” Macedo, was caught cheating. Soon after the scandal, Haseeb retired from poker.

After going on extensive travels, contemplating and writing about his life and experiences, Haseeb soon returned to Texas to be with his family and complete his education. He spent much of the interim two years volunteering, meditating, and writing about poker and philosophy. He is soon to graduate from the University of Texas at Austin with a B.A. in English with a minor in philosophy.

In his private life, Haseeb spends much of his time reading, writing, meditating, performing improv comedy, rock-climbing, and training martial arts. Since his retirement from poker, he has also volunteered extensively. He regularly headed a class teaching English to refugees for over a year, and is now volunteering for Safeplace, a domestic violence shelter. He intends to spend his Christmas volunteering in their warehouse.

Their primary goal is to partner with other non-profit and non-governmental organizations devoted to the preservation of indigenous communities and the conservation of ecosystems in Eastern Africa. As it takes a village to rear a child, so it will require a community of organizations to nurture a sustainable future for the Maasai people. Following the first three years of efforts with the Maasai and other East African tribes, ICCS endeavors to launch a global campaign for indigenous communities continuing in Asia and South America. For more information or to donate, visit www.tribalstruggle.org. 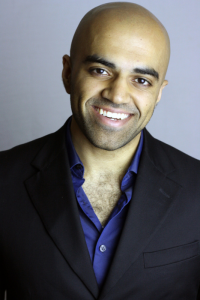