Creator Frederick Knight is looking to raise 35,000 for the official launch of Mevidi, a uniquely flexible gift item.

Las Vegas, NV -- (ReleaseWire) -- 06/08/2016 --Increasingly these days we are seeing gifts being sent online or through an app. Serial entrepreneur Frederick Knight wanted to revolutionize this concept by creating something that not only used technology, but also was more personalized and meaningful. A few years ago, while sending a gift to his wife, he got stuck with some stereotyped cards that always accompany flowers. This is when he decided to create something more personal to enhance the gift giving experience for both the sender and the recipient. The idea for the Patent Pending MeVidi, the world's first personal video gift, was created.

MeVidi allows anyone to customize a gift with a unique and personal video message. This remarkable level of personalization jumps off the screen, and it is achieved with the most basic technology. Extremely flexible in nature, MeVidi can easily accompany any kind of gift. Users simply record an accompanying personal video message to send with their gift, and on arrival, recipients simply press play.

Until now, it was not possible to add this personal touch to gift giving. Frederick believes that his creation will touch people's lives in a new and powerful way. He is also hopeful that after trying out MeVidi, people will never go back to the old-fashioned way of sending gifts ever again.

"With MeVidi, anyone can quickly and easily give a friend or loved one a gift unlike anything they've ever seen. It's all about caring, sharing and transforming the gift giving process. When you support our campaign, you can be among the first people in the world to take advantage of all that MeVidi has to offer." Frederick says!

Since the start of this venture, Frederick has already invested over $200,000 to bring MeVidi to life. At this point he is seeking funding assistance to complete this project successfully. With this intention, Frederick has just started a Kickstarter campaign that enables early adopters to pre-purchase MeVidi.

His funding goal is $35,000; proceeds from this campaign will be spent on the following:

- Completion and launch of the website
- App design and improvements
- Production

To find out more about this campaign, please visit http://kck.st/1Zhd417.

About Frederick Knight
Originally from San Diego, Frederick Knight moved to Las Vegas 25 years ago and has owned and operated businesses in the restaurant, retail and construction industries. He has always loved creating things from scratch and watching them come to life. Since 2014, he has made it his mission to create an online product that will add value to the world and put smiles on many faces. Frederick is also a proud husband and father of 4 beautiful children with one more on the way. 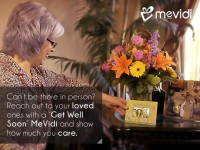 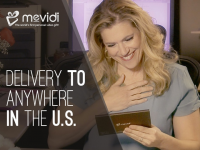 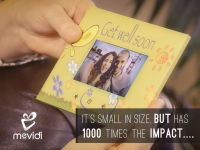 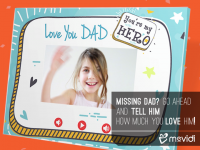 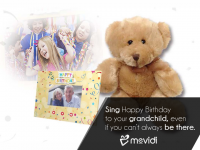 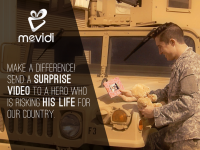