Teton Village, WY -- (ReleaseWire) -- 06/06/2016 --In an online press briefing on June 1st, 2016, Ronald L. Melnick, PhD, the senior toxicologist who designed the National Toxicology Program (NTP) study, rejected claims that increased cancers in wireless radiation exposed rats are false positives or that studies in rodents are not relevant to humans.

"We tested the hypothesis that cell phone radiation could not cause health effects. We feel that this hypothesis has now been disproved because these results clearly show cell phone radiation has adverse cell effects. These same cells that became cancerous in rats are the same cells that are reported to turn into tumors in epidemiology studies," remarked Dr. Melnick.

Referring to the widely circulated reviewer critique that "the study had low statistical power and that might lead to a false positive," Melnick responded, "I'm not sure if that was a misstatement by the reviewer because low statistical power means that there is a high probability of accepting the null effect hypothesis even when a true effect may exist."

Dr. Melnick responded to criticisms about the study, such as why tumors were more common in male rats. He noted, "It's a common occurrence in these types of studies," citing NTP bioassays which show male rats are more sensitive to chemical carcinogens than females. Exposed female rats, in fact, did develop tumors and pre-cancerous lesions although the count did not reach statistical significance. In contrast, the rats in unexposed control groups had not a single one of these same rare tumors.

Regarding the finding of increased, rare, pre-cancerous lesions in the brain and heart, Melnick added, "If this study had continued for a longer period of time, it is likely that some of those hyperplasias found in the exposed rats would have progressed into a tumor. It was unfortunate that the study only lasted two years."

Dr. Melnick was joined by Dr. Devra Davis, Visiting Professor of Medicine Hadassah Medical School, President of the Environmental Health Trust and an epidemiologist and toxicologist, who elaborated on the public health importance of these new findings.

"What the study did was to evaluate the currently used technologies and see whether or not there was a chance that tumors will develop. Even if there was a small risk of an increase in tumor development, because billions of people are using cell phones today, the impact will be huge," stated Dr. Davis. "This study adds to the burden of proof that cell phone and other wireless radiation should be classified as a possible, if not a known, human carcinogen." Davis added, "the lowest dose in this study (1.5 Watts per kilogram) is slightly lower than the level for iPhones 5 and 6 that were reported to the FCC (1.59 Watts per kilogram)."

Key figures at global organizations, such as The Hebrew University of Jerusalem and Prevent Cancer Now, are taking active measures to further the discussions on scientific research priorities and immediate policy implications.

"This specific topic is important for us in Israel and also, needless to say, for the world, our children and the future." stated Michal Linial, PhD, Director of the Sudarsky Center for Computational Biology and also Director of the Israel Institute for Advanced Study (IIAS) of the Hebrew University.

The IIAS hosted the briefing and plans to develop additional activities on the cutting-edge cross-disciplinary research needed in the field along with policy options, Linial noted. This includes sponsoring an Expert Symposium on Wireless Radiation and Health from January 23-27—What do we know and what do we do now? Specialists from Israel and from around the world will participate in the symposium along with university and industry scientists, engineers and policy-makers.

In remarks to the seminar, Davis noted that the C ity of Haifa is removing wireless radiation from its schools because "when it comes to risks to children's health, if there is such a serious risk, they take no risk. They err on the side of caution."

Melnick called current federal policies inadequate. "The regulatory agencies, at this point, are saying if you are concerned, you have the option to take precautionary measures. I think that message has to change to strong recommendations being made by agencies about precise steps to be taken to reduce exposures, especially for children."

"Here we are investing in spreading this technology into schools with the assumption that it's safe when in fact we do not have data on safety, and that's in fact a huge problem," Davis stated, "It's time to give people information about how to protect themselves, because the issue of whether or not to do so has been resolved with this important study from the National Toxicology Program." Dr. Davis referenced the EHtrust.org website which includes guidance for individuals, families, schools and policy-makers on how to reduce exposure.

LISTEN TO THE RECORDING OF THE JUNE 1ST, 2016 BRIEFING https://www.youtube.com/watch?time_continue=2395&v=rM3_Qdv1hFE 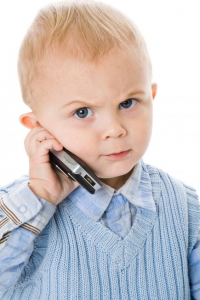