Bolzano, South Tyrol -- (ReleaseWire) -- 01/15/2016 --Games for Land is the ambitious project of experienced programmer, Ivan Zanirato. The project comprises of six different games with a united purpose. That purpose is to allow players to discover and to promote their unique territory in both a playful and realistic way. The implementation of diverse adaptation options within the game allows users to provide cultural information relating to any region, city or place on earth. Games For Land has recently launched on Kickstarter to provide backers the opportunity to financially support the project. Support Games For Land via the Kickstarter Campaign.

The world of online gaming has vastly increased with the use of handheld devices such as smart phones and tablets. The popularity of particular games are often correlated with links to social networking and the players ability to relate and connect with the games content. Games For Land provides for each of these qualities and provides up to six gaming options.

The games cover several themes, such as culture, sports, tourism, nature, history and society. There are fast games, suitable for a young audience, such as FrozenFritz and AirplanLand. There are also games more suitable for an adult audience, such as Quizland and CookingLand. All games will be connected to a central system for the management of the global rankings, user profiles and chat rooms, awards and contests, promotions and updates. The full set of all these games will create a network that will allow to meet and to promote many places in the world through fun and interactivity.

About Ivan Zanirato
Games For Land creator, Ivan hopes to raise the funds necessary to see his project to high quality completion. Through the Crowdfunding platform, Kickstarter, he has provided a series of perks for backers and supporters. Ivan also has explained where he intends to invest the finances raised for Games For Land. All games will be created in a native way to obtain a maximum performance and stability in each device. Ivan has already created several prototypes and is steadily improving the functionality. There will be a need for programmers for iOS, Android and Windows applications. There will also be need to develop the web portal and the complete IT infrastructure for the centralization of the project. Additionally there will be need for Graphic Designers and Translators to name a few.

Bring Games For Land to life today by supporting Ivan and his ambitious and innovative project! 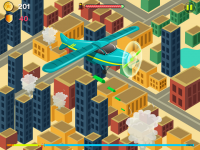 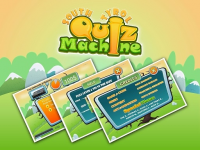