Gary Barbera and his BarberaCares programs increase their PSA BigBelly Solar-Powered Recycling Kiosk footprint initiative in Philadelphia and spring cleaned up all the artwork.

Philadelphia, PA -- (ReleaseWire) -- 03/02/2020 --Gary Barbera's on the Boulevard and their BarberaCares Program, proud recipients of the prestigious JD Power Certification for Client Service and Satisfaction, Family Business Awards for Community Service Excellence and the Corporate Philanthropy award for regional charity from the Lenfest Foundation, have doubled-down their efforts to keep the streets of Philadelphia litter free while subsidizing the costs of recycling. Barbera's Bigbelly transforms www.bigbelly.com public space waste management with a cloud-connected system. Smart waste stations communicate real-time status to an actionable web-based software. Communities benefit from optimized & streamlined operations, beautified public spaces & reduced carbon footprint. All while providing public service announcements for their hometown heroes the AACR, Roxborough and Northeast Family YMCA's, the Gary Barbera's Coats for Kids and their very own Don't Text and Drive, Slow Down Phone Down Philadelphia Initiative.

AACR, American Association for Cancer Research: www.aacr.org
Roxborough and Northeast Family YMCA's: https://philaymca.org/
and their very own Gary Barbera's Coats for Kids: www.garybarberacares.org as well as BarberaCares Don't Text and Drive, Slow Down Phone Down.

BarberaCares Programs strategically chose the locations WHERE THE PEOPLE ARE for their Solar-Powered Recycling Kiosks to efficiently maximize their use for litter disposal and cleanliness and optimization of visual appeals for charitable support in densely populated areas. Choosing locations on the Avenue of the Arts near the Kimmel Center, which welcomes thousands of visitors annually, City Hall Courtyard where our city representatives and other city employees sit outside during breaks, and many other locations on South, Chestnut and Walnut Streets, Penn Square as well as Rittenhouse Square and on all major corners of the Pennsylvania Convention Center. Gary Barbera and his BarberaCares Programs are working to bring these state of the art "trash" cans to underserved areas where they are desperately needed.

These PSA partnerships of Gary Barbera and his BarberaCares programs align perfectly with cleaning up the neighborhoods of Philadelphia. The solar-powered Recycling Kiosks not only help the aesthetics of community, they save money on trash collection, allow recycling options that are more cost-effective by holding 5 times the amount of refuse, promote commitment to the environment, reduce the carbon footprint by reducing truck routes via modern technology while expressing the BarberaCares PSA's to remind the communities of valuable charities and organizations that need everyone's help.

As clients of beMarketing, Gary Barbera's on the Boulevard and its affiliates / brands provide submissions to vendor for verification and publication. The content of the material provided is for informational and entertainment purposes only. Any third-party links are for reader's convenience and not an endorsement. No commitment has been suggested to update content at any time. Not responsible for errors or omissions. BeMarketing verifies content and material as well as manner of presentation to be reflective and in accordance with publication and release of third-party references, disclosing sources of information and citations 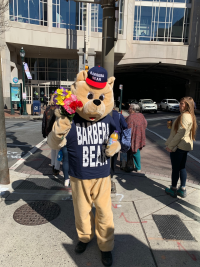 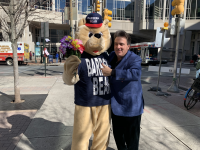 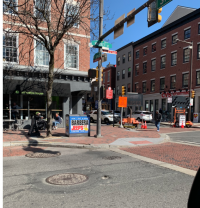 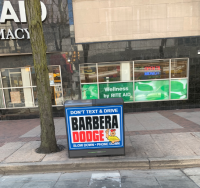