The 27th Annual East Norriton Holiday parade departed from East Norriton Middle School, Roland Drive at 11:00 am sharp. The Philadelphia Famous Barbera Bear rode along entertaining along the route on Germantown Pike in the Gary Barbera Holiday Red Jeep Gladiator with the lovely Miss Montgomery County Lexi Brooks part of the Miss Pennsylvania Scholarship Fund riding along waving to the event participants and the ever-growing crowd. The parade was festive and fun along Germantown Pike and proceeded to Hillcrest Plaza Shopping Center. Thank you to the many bands, floats, fire trucks, police officers on reindeer decorated motorcycles, scout groups, and many others who joined in to welcome Santa to Town. The parade entered the Hillcrest Plaza for an afternoon festival of fun activities following the parade. A portion of the proceeds from this event will be donated to the "Patrician Society" helping verifiably needy families and individuals in the greater Norristown Area and the Developmental Enterprises Corporation.

To donate to the Patrician Society of Norristown: https://www.patriciansociety.org/ 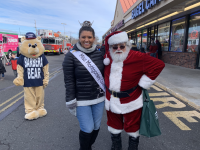 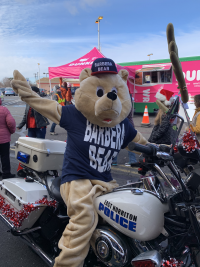 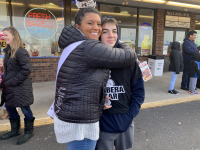 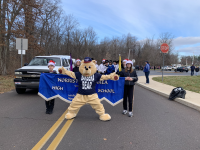 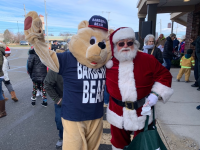 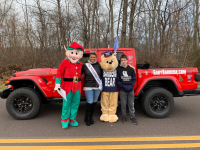