Philadelphia, PA -- (ReleaseWire) -- 02/10/2020 --Gary Barbera says it's his favorite time of the year, the Philadelphia Auto Show at the Pennsylvania Convention Center. Gary Barbera on the Boulevard and BarberaCares are privileged to showcase the now infamous Carson Wentz's Wheels with a Cause, his 2018 Dodge Demon Challenger at the CarEffex Display along with other Eagle player vehicles that have been modified by CarEffex in the DUB Section of the Philadelphia Auto Show.

As Gary Barbera has said, "It's mean and of course, it's green."

Gary Barbera on the Boulevard has been offering this exclusive opportunity to own Carson Wentz's Wheels With a Special Cause. Gary Barbera and their BarberaCares Programs will make a generous donation in the winning bidder's name to Carson Wentz's AO1 Foundation.

Click here to see Philadelphia Auto Show report from 6ABC featuring Gary Barbera and His BarberaCares Carson Wentz's Wheels with a Cause in DUB Show in CarEffex Display.

As clients of beMarketing, Gary Barbera's on the Boulevard and its affiliates / brands provide submissions to vendor for verification and publication. The content of the material provided is for informational and entertainment purposes only. Any third-party links are for reader's convenience and not an endorsement. No commitment has been suggested to update content at any time. Not responsible for errors or omissions. BeMarketing verifies content and material as well as manner of presentation to be reflective and in accordance with publication and release of third-party references, disclosing sources of information and citations. 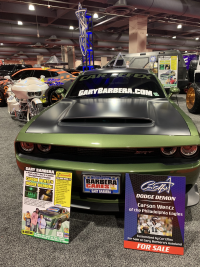 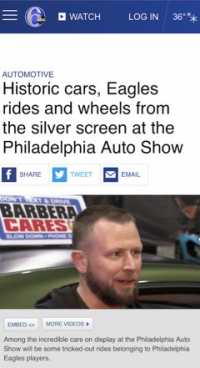 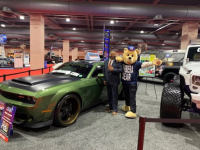 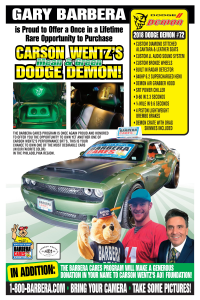