Gates of TAU LLC Launches Kickstarter for the Road to Bethlehem

Redefining an RPG as a Real Playing Game, The Road to Bethlehem is much more than a table-top game, it fosters growth as much as it entertains.

Red Bank, NJ -- (ReleaseWire) -- 10/19/2017 --'The Road to Bethlehem' is the next generation in RPGs - a 'REAL Playing Game'. It is the first game to use the innovative gameplay engine – REAL Challenges System. Players who never experienced RPG games will easily slip into the gaming system. In just a few minutes, friends and family are underway on their adventure to and through Bethlehem.

'The Road to Bethlehem' is set in biblical times and is suitable family entertainment for all ages. It revolves around the Book of Adventures providing many different settings each leading to an adventure. Players are immersed in the game spanning eight different scenarios involving deserts, mountains and great cities.

The game begins with all the players sitting around a table where one of them become the game master leading the players on their adventures. Along the way, adventurers will encounter friends and foes and just ordinary folks as challenges and stumbling blocks get in the way. They have to overcome them as a team, performing challenges that test their wit, dexterity and keen eye.

This first-of-its-kind Christian RPG includes high quality game components including the hardcover Book of Adventures, a full-color manual, cards and tokens and other elements that complete the gaming experience.

The Gates of TAU LLC has set a crowdfunding goal of $30,000 and an ambitious timetable to deliver boxed editions of the game this year which is unusual for crowdfunding campaigns where delivery delays can run anywhere from six months to even a year.

About Gates of TAU LLC
Gates of Tau was established to produce a new type of game for players of all ages, designed by Jacek Malkowski. They are called REAL playing games, as they integrate an RPG-type of experience with a range of real activities testing the players' physical and mental abilities in the context of the game. The games are designed to build relations among family members and finds and to strengthen their Faith. 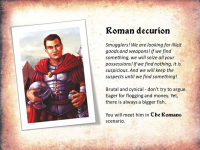 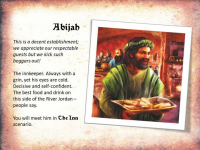 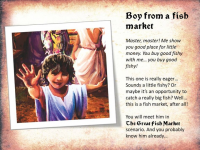