German Fans the Best Sports, Croatians the Most Focused… and England Supporters the Most Heartbroken

Analysis of LiveScore’s dedicated app for World Cup 2018, which had more than 2 million users from across the world, shows football fans in Germany continued to enjoy the tournament even after their own team’s exit, while England supporters couldn’t bear any more after their team’s departure.

London, UK -- (ReleaseWire) -- 08/03/2018 --Their team might have been dumped out of the tournament at the first opportunity, but fans of the German national team still enjoyed the thrills and spills of the World Cup knock-out rounds, according to data from LiveScore.

As defending champions, Joachim Löw's side were expected to be major threats in the tournament. However, much to the dismay of the watching nation, a shock loss to South Korea led to Die Mannschaft's departure at the end of the group stages.

Yet in researching behaviours of supporters of the top-12 FIFA-ranked teams appearing at World Cup 2018, LiveScore found Germans to be the best sports, continuing to follow the competition even after their country was knocked out in the group stages. Poland were narrowly behind them, also staying glued to the World Cup despite their early exit.

Unsurprisingly, England and Belgium fans lost interest in the World Cup following their respective semi-final departures, with the final holding far less appeal for supporters presumably still getting over the heartbreak of being sent home.

Other findings from the analysis include the fact that fans of tournament runners-up Croatia were particularly focused on their team, tuning in significantly less when their side weren't playing during the fixture-heavy group stages. Fans of Switzerland and France also fixed their attention on their own teams at the expense of others when the games were coming thick and fast.

LiveScore's dedicated World Cup application was used by more than 2 million fans. Engagement with the service peaked on Wednesday 27th June, the day Germany had their dreams shattered by a defiant South Korea. Football fans also flocked to the app on the 25th and 26th of June as multiple teams vied for a place in the knock-out rounds.

Derren Maggs, LiveScore's Chief Operating Officer, says the initiative was an "outstanding success" and a real step forward for the service and its user-oriented emphasis.

"With over 2 million downloads, more than 350 million screenviews throughout the tournament and a dedicated userbase across the world, we're delighted with the performance of our dedicated World Cup app and the insight it delivers," he commented.

"We are always searching for better ways to engage with our audience and I'm pleased the new features we added for the tournament were so well received. We will be looking to bring even more unique and innovative elements to our main LiveScore app in the near future."

About LiveScore
LiveScore has more than 35 million monthly users across its dedicated website and apps. You can download the main LiveScore app from the App Store for iOS devices and the Play Store for Android devices. 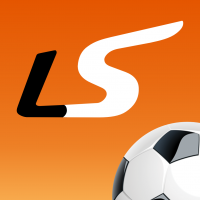 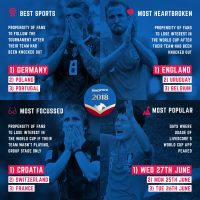