Internationally recognized scientist, Orrin Pilkey, to address the public and media regarding recent research into Global Climate Change, at the GO-Science Coastal Science Cafe on May 14, 2012.

Atlantic Beach, NC -- (ReleaseWire) -- 05/14/2012 --Dr. Orrin Pilkey, research professor at the Nicholas School of the Environment and Earth Sciences at Duke University, is leading our next discussion, Global Climate Change: A Primer, on May 14th from 6:00 PM until 7:30 PM at McCurdy's Restaurant on Atlantic Beach, NC.

Individuals or media interested in attending this exciting program can register online for a free ticket to this event by visiting http://www.go-science.org or by clicking here.

Orrin Pilkey is a research professor, James B. Duke Professor Emeritus of Earth & Ocean Sciences, and Director Emeritus of the Program for the Study of Developed Shorelines (PSDS) within the Division of Earth and Ocean Sciences in the Nicholas School of the Environment and Earth Sciences at Duke University.

From 1962 to 1965 he was an assistant research professor with the University of Georgia Marine Institute on Sapelo Island, Georgia. Since 1965 he has been at Duke University with one year breaks with the Department of Marine Science at the University of Puerto Rico, Mayaquez and with the U.S. Geological Survey in Woods Hole, Massachusetts.

His research career started with the study of shoreline/continental shelf sedimentation,progressed to the deep sea with emphasis on abyssal plain sediments and back to the nearshore with emphasis on coastal management. He has published more than 250 technical publications and has authored, coauthored or edited 39 books.

A Science Café is a way to help the public connect with science in a relaxed exchange of information and ideas that brings together scientists and lay people at an accessible venue. It puts the public on an equal footing with scientists to discuss current research and its implications.

About GO-Science
GO-Science, a non-profit organization established to bring informal science education programs to the public through interactive hands-on experiences, recently announced the development of a Science Center in Greenville, N.C. Currently, GO-Science offers over 10 core programs that reach over 20 thousand participants annually in over 30 counties throughout North Carolina. 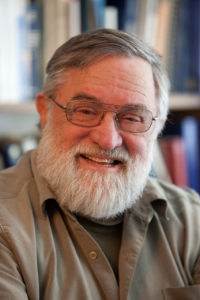