Henderson, NV -- (ReleaseWire) -- 07/22/2016 --Global Genesis Group is proud to announce that their film Blessid, an independent film that won over audiences on the festival circuit, will have its Worldwide premiere on Amazon Prime on July 22, 2016. Blessid won Best Picture, Best Director, Best Lead Actor and Best Cinematography at the Buffalo Niagara Film Festival and won a handful of awards at other national film festivals and international film contests. Global Genesis Group (GGG), a Nevada/Los Angeles-based distributor whose other credits include the upcoming horror/thriller Escape Room starring Skeet Ulrich and Sean Young, the 3D animated fantasy Troll directed by Kevin Munroe as well as indie festival favorites The Anniversary and Arbor Day (The Musical).

Blessid is about a depressed pregnant woman, entrapped in an empty marriage and haunted by a horrific childhood tragedy, who forms a bond with an eccentric new neighbor that claims to be immortal. Blessid was directed by Rob Fitz (God of Vampires) and was written and produced by Robert Heske. The 96-minute indie drama stars Rachel Kerbs (Heist, Splinter), character actor Rick Montgomery Jr. and child star Madeline O'Brien (Gone Baby Gone).

"We're proud and excited to have our film have its worldwide debut on Amazon." says writer/producer Robert Heske

"After Blessid won Best Film at the Buffalo Niagara International Film Festival, I was contacted by Genesis Global Group. Although GGG was a relatively new company - their management team had decades of experience in distribution and their industry contacts were as strong as bigger firms; plus they were more passionate, flexible and accessible than other companies?. As intellectual property asset managers they offered strong marketing for a small film like mine and the ability to explore avenues such as television development deals or even producing other projects downstream. In short, GGG was more than a distributor, they were a creative partner whose interests seemed best aligned with mine - creating the best strategy to monetize my film and get it out into the world." Robert Heske is the Managing Director of the film?'?s production company Blessid LLC.

Charles Morris Jr., VP of Development & Acquisitions for GGG stated, "The first time we saw the trailer for Blessid, we were hoping that this film would live up to its potential. After seeing a screener, and knowing how well audiences were reacting at the various film festivals, we approached Robert Heske and told him how much we loved the movie, and how the story deserved to get out to the world. Well acted, well-directed, a great screenplay, the movie pulls you in and delivers a Sixth-Sense-type-twist that I never saw coming. Global Genesis Group is proud to be associated with a project like Blessid, and great filmmakers that can deliver quality, intimate, intriguing rollercoaster rides like they did with this movie. Blessid is what independent filmmaking is all about." 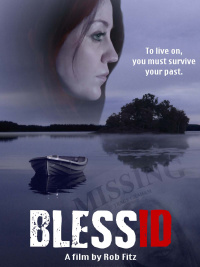