Spanish actress Marián Aguilera ("Paco's Men," "The Reckoning") has been attached to play Mila, the female lead role. The film follows a young female Spanish attorney, who is swept off her feet by Jeff, a powerful and famous American artist. After they are married, they move back to his home in Los Angeles where Mila discovers her husband is a sexual predator and serial rapist. Now she has to make a stand to save herself and another female victim in distress, and bring her husband to justice in a world of his fans and enablers. "R Culture" navigates the psychology of rape, of victim blaming, all while accurately portraying the emotional devastation of sexual assault.

As more and more victims of sexual assault bravely step forward, the issues raised in "R Culture" are more relevant than ever. According to RAINN (Rape, Abuse & Incest National Network), 70% of rapes are committed by someone the victim knows. Of those attacks, 63% go unreported, with the majority of victims citing fear of retaliation as their reason for not reporting. Through its carefully-woven narrative, "R Culture" deftly unmasks the various cultural phenomena that perpetuate rape culture.

""R Culture" is a stunning representation of the adversity all sexual assault victims face. "R Culture" will further expose the public to this age-old problem and ultimately start a conversation that does not end once the headlines change," stated Rick Romano, President of Global Genesis Group.

The film will begin shooting early 2018. 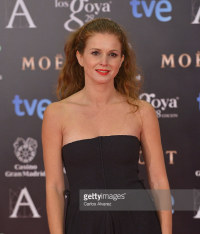