Henderson, NV -- (ReleaseWire) -- 07/27/2018 --The revival of the classic live professional wrestling series Ring Warriors will make its North American debut on WGN America on Saturday, September 15th at 8:00am ET. Global Genesis Group, a Nevada-based company is Executive Producing the series and is the Worldwide Distributor. Ring Warriors is slated to reach an estimated 80 million households with 52 original 1-hour episodes airing each week.

Founded by the Legendary Hiro Matsuda; trainer of such international superstars as Hulk Hogan, the Great Muta and "Mr. Wonderful" Paul Orndoff, Ring Warriors is a wrestling federation for all fans. The series combines the skill and athleticism of traditional pulse-pounding pro wrestling action with the entertainment elements that have attracted a new generation of sports entertainment enthusiasts.

Driven by sheer love of the sport, Ring Warriors fuses legendary wrestling moves with entertaining and fun storylines, great characters and a wealth of quality entertainment for audiences of all ages.

"We are so excited for this series to make its national cable debut on WGN. We are incredibly proud to be handling production and international distribution for Ring Warriors. We look forward to bringing Ring Warriors to professional wrestling fans all over the world in the near future," stated Rick Romano, President, Global Genesis Group.

"Howard Brody, Larry Bannon and I look forward to bringing our passion for wrestling to the rest of the world. The legend lives on!" stated Howard Lipkint, Executive Producer of Ring Warriors. 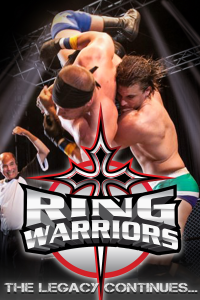