Henderson, NV -- (ReleaseWire) -- 04/06/2017 --Global Genesis Group is excited to announce that their acquisition "SORCERESS" has been released on Amazon Prime. SORCERESS has been compared to the award-winning Swedish horror film "Let the Right One In." This is a beautiful, haunting story about Nina who desperately longs for someone to share her secrets with. But will love be enough to break the dark forces of sorcery lying dormant in her family for generations? The entertainment website Decider recently wrote an article that asked the questions, "What If the characters in 'Girls' were lesbian witches? Welcome to SORCERESS".

SORCERESS was also recently selected to screen at the White Nights Film Festival in St. Petersburg.

Director Naama Kates not only co-wrote the screenplay but played the lead, delivering an award-quality performance. Director Kates talked about her creative process, "SORCERESS was a deeply personal project and I'm extremely fortunate to have gotten to make my first film in Finland, with such an incredibly professional cast and crew, with the great cinematography or Jarkko T Laine, and beautiful Oona Airola as my co-star."

Charles Morris Jr., VP of Development & Acquisitions for Global Genesis Group, stated, "The minute we saw SORCERESS we were immediately drawn to the quality of the work. It was shot in that stark Bergmanesque Scandanavian style, and it's the characters exist in a gray world of angst in Northern Europe. But it's beautiful in it's hopelessness. We were impressed by Naama's vision as a director and how she inhabited the lead character, so the audience felt how lost her character felt living in her own purgatory. This is the kind of high quality film and filmmaker that Global Genesis Group is proud to associate with."

Director Kates continued, "I met Global Genesis Group at AFM, and that meeting was truly kismet. Right away I felt that they were extremely professional and straightforward, and I really loved what I saw from GGG and their catalog. I didn't think twice before signing on with Global; I was extremely excited then, as I am now. It's been a dream that Sorceress has been launched "wide" on Amazon Prime. It's been incredibly exciting to imagine how many people are seeing the film."

About Global Genesis Group
Global Genesis Group (GGG) is a Nevada/Los Angeles-based production company and distributor whose credits include the upcoming horror/thriller Escape Room starring Skeet Ulrich, and the 3D animated fantasy Troll: A Tale of a Tail directed by Kevin Munroe. 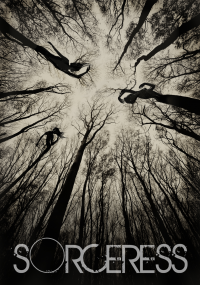