The escalated demand for improving border safety is anticipated to propel growth in the security & surveillance systems and equipment, such as military radars. Radar systems used in the military sector are further used for weapon guidance, controlling air traffic, and air collision avoidance. Military radars are extensively used in missile guidance techniques, such as Active Radar Homing (ARH) and Semi-Active Radar Homing (SARH), as these systems help in the accurate target detection tracking.

The growing demand for military radars for the guidance of missile systems is expected to propel the demand over the next eight years. The need for high-resolution imaging radars for detecting fixed and moving targets in the battlefield is further anticipated to incite growth in the industry. The wide-scale adoption of military radars for aircraft collision avoidance is anticipated to contribute to the industry expansion.

Request a sample of the report: http://www.orbisresearch.com/contacts/request-sample/111339

The growth in market is highly susceptible to the prevailing economic conditions. The after effects of global recession have greatly impacted the military spending across the world, which is a significant factor responsible for driving down the growth opportunities in the industry. The European countries, such as the UK, Germany, and Russia, have experienced cuts in military budgets owing to the financial crisis and macroeconomic conditions. Another key factor affecting the growth of military radars is the cost of developing space-based radars, which demand an extensive spending on R&D activities and manufacturing.

The ground-based radar segment accounted for 29.5% of the overall market share in 2015. The escalated demand for intelligent ground surveillance and the wide-scale deployment of radar systems to curb border infiltration activities and enhance border control can be attributed as the major factors favorably impacting the demand for ground-based radars.

The North American regional market accounted for 45.7% of the global revenue share in 2015. The escalated demand in the region can be attributed to the wide-scale adoption of military radars in the Three-Dimensional Expeditionary Long-Range Radar (3DELRR) program, the Acoustic-Rapid COTS Insertion (A-RCI) program, and the Space Fence program.

The European and Asia Pacific regions are projected to account for a significant proportion of the global military radar industry over the forecast period with shares of 20.7% and 24.9% respectively in 2015. The regional growth can be attributed to the strong efforts and heavy investments in the defense sector by countries such as India, China, and Russia for modernizing their military equipment.

Major points From table Of Contents:

Chapter One: Methodology and Scope

About Orbis Research
Orbis Research (orbisresearch.com) is a single point aid for all your market research requirements. We have vast database of reports from the leading publishers and authors across the globe. We specialize in delivering customized reports as per the requirements of our clients. We have complete information about our publishers and hence are sure about the accuracy of the industries and verticals of their specialization. This helps our clients to map their needs and we produce the perfect required market research study for our clients. 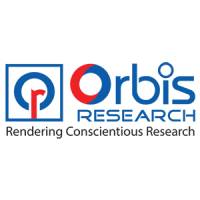