Global Warming, Irrational Fear and the Future of Humankind

Why CO2 may not be the primary driver of climate change

Gillette, WY -- (ReleaseWire) -- 12/15/2020 --What if someone told you that burning fossil fuels does not significantly affect the percentage of oxygen in the air and will not harm animals or humans. Or that the present rate of temperature rise is no different than has occurred in the last 10,000 years when man was not an influence. Or even that the total number of tornadoes is the same now as in 1954.

There is no easy answer to how to respond to climate change. Simply adding carbon dioxide to the atmosphere is not the single cause of climate change that has been occurring, and there is a lot more data to take into consideration. Contrary to the present perception of the public, CO2 enhances plant and animal life on the planet while cold temperatures can be extremely harmful.

Researcher Bruce Williams, author of Cold Kills, Warmth Gives Life, is in no way attempting to deny that CO2 is a greenhouse gas and warms up when exposed to infrared radiation at the temperature the earth is now at. He is also not attempting to deny that increasing CO2 in the atmosphere causes climate change or to argue that climate change is not occurring. Denying known facts backed by experimental results is not only a waste of time but counterproductive. However, questioning how and what known laws and facts are applied is the foundation of all sciences and has not been adequately addressed in this debate.

"As we are all aware there has been a bit of paranoia going around the entire planet for the last forty years stoked by people who have not taken all the data into consideration regarding climate change. This irrational fear was labeled Global Warming and, like all fear campaigns, it has some basis in truth but is mostly a psychological war to encourage people to take action with the ultimate goal of getting people to use fewer fossil fuels and instead switch to renewable energy sources." - Bruce Williams

There is not one single factor which created this irrational fear but the many factors that did contribute to the fear of global warming are rooted in money and ego. Whether it was a desire to extend political power and influence, gain funding for research, ego massaging, gain more manufacturing diversity, grow the economy, or any number of other examples, there were many people who saw environmental concern as an opportunity and jumped on the bandwagon. There are a lot of people with either a monetary or ego stake in what the global warming movement is doing, and right or wrong neither of those is going away.

Through a mix of scientific research, fresh ideas, and deep expertise, Mr. Williams merges energy and enthusiasm to empower and embolden any audience to avoid the maze of misinformation and misconceptions surrounding climate change and global warming. This is a complex matter with significant consequences, and Life on this planet depends on how we analyze and process all the information, and not just sound bites of it before it is too late.

About Bruce Williams
Bruce Williams is a retired researcher with two recent papers published in peer-reviewed journals about the Earth's geo-magnetism and its relationship to our ever-changing environment. The first, The Correlation of North Magnetic Dip Pole Motion and Seismic Activity, was published in 2016 and the second, The Ocean's Surface Heat Sources Allocation, published in 2020. In addition to his research, Bruce loves to attend his grandchildren's sporting events and to lighten up Monday's dreariness for his neighbors that are headed to work by drawing weekly cartoons and hanging them on his fence. 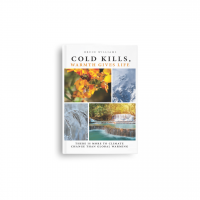 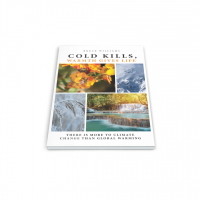