Yahoo! News On earlier, Eugene, the chairman of the powerful GMB Alliance and deputy general manager of Asia Pacific of the powerful electronic CPU platform business unit, said in an exclusive interview with Yahoo! Information today that the cottage is a must for PC manufacturers. He believes that the future of netbooks will not impact branded computers, but will create a new consumer electronics market like MediaTek.

GMB Alliance Eugene said that most Taiwanese manufacturers have experienced several stages of manufacturing, imitation, design, and innovation during the development process. At present, mainland manufacturers are still in the imitation stage, and this stage may continue for about a year.

The combination of strong and powerful companies such as Microsoft and dozens of upstream and downstream manufacturers and the establishment of the "Open Ultra Mobile Industry Alliance" (GMB Alliance) hopes to help these companies accelerate the transition from imitation to innovation, Eugene said. "Follow us. These people will be imported right."

According to GMB Alliance Eugene, since the establishment of the GMB Alliance, on the one hand, it has technically provided a solution for netbook platforms, allowing manufacturers to quickly enter the netbook market; on the other hand, it has continuously gathered upstream and downstream resources of the industrial chain and integrated all links from raw material procurement to sales channels.

For the future notebook market, GMB Alliance Eugene believes that it will tend to two levels, one is a large-size professional computer, the other is the new consumer electronics market, notebooks will be cheaper, portable and stylish, and oriented to the daily needs of users. Regionally, Eugene believes that branded computers will dominate the European and American markets, and emerging consumer electronics such as netbooks will occupy more market share in emerging markets! After nearly a year preparing Eugene finally can breathe a sigh of relief. Because after nearly a year of market practice and preparation of the entire industrial chain, Qiangsheng Netbook has solved the problems of product quality, after-sales service, and product homogenization.

In fact, what really excited Eugene is that Intel has tightened the supply of low-end Atom processors (ATOM) and pushed the launch of PineTrail-M, the next-generation netbook platform, in order to push the light and thin version of the CULV platform. The first quarter of 2010. At this time, domestic notebook manufacturers are preparing to use netbooks to grab more market share.

"At the end of the year, there will be more than 30 products listed through the strong GMB alliance. The blue express will provide after-sale protection." Eugene revealed that brand manufacturers including Lenovo, Tsinghua Tongfang, and Great Wall Computer have all adopted the powerful CUP chip. The product is already on the market.

In fact, the domestic netbook market has already bubbled in the first half of this year because of the price war in the cottage netbooks. The quality of the cottage netbook is not guaranteed, and homogenous low-cost vicious competition has caused many manufacturers to opt out.

However, these do not mean that there is no market for netbooks. IDC's latest data show that, driven by netbook sales, Acer PC shipments totaled 8.43 million units in the second quarter of this year, an increase of 23.7% year-on-year, and market share increased from 11.6% in the first quarter to 12.7% in the second quarter. Lenovo's market share also rose from 7% in the first quarter to 8.7%.

"GMB Alliance's product quality supervision runs through the entire process of product production, sales, and after-sales service." Eugene revealed that all products must undergo a total of eight days of machine testing in order to obtain the certification of the GMB Alliance and the service of Blue Express. . In addition, the GMB alliance has also begun cooperation with the foundry giant Foxconn. "The strong netbook not only uses Foxconn's mainboard, but some of its customers' netbooks are Foxconn OEMs."

Intel is playing down the concept of netbooks compared to its strong positive actions. "We want to sell what consumers are worth buying." In early September, Intel's China area responsible person Core i7 processor conference confirmed to the CBN reporter. However, he said that Intel did not give up the netbook market, but steadily progressed according to market development. 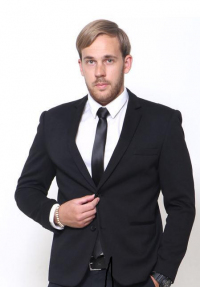