San Francisco, CA -- (ReleaseWire) -- 01/31/2019 --GoDonut is the world's most portable and universal stand. It fits almost all of the tablets and smartphones that are offered today, from something as standard as the iPhone or Android, to something as large as the Microsoft Surface Pro or iPad. GoDonut is sleek in design, lightweight, portable, patented, and proudly made in the USA. It is perfect to use at school, in the kitchen, in the office, for making music, traveling, in coffee shops, lounging, or on the go.

The GoDonut team took part in the gifting suite at the Golden Globes 2019 in Beverly Hills. Viola Davis, an American actress and producer who starred in Widows and How to Get Away with Murder, exclaimed: "Oh my Lord!" as she saw the GoDonut for the first time, amazed by the ingenuity of the product.

Ser'Darius Blain, another American actor known for his role as Anthony "Fridge" Johnson in Jumanjii: Welcome to the Jungle, commented: "Yeah, I love this!" while viewing the GoDonut display table.

Even Spike Lee, an American film director for movies such as Malcolm X and BlacKkKlansman, said, "Oh cool!" as one of the GoDonut team members showed him the Valencia orange GoDonut.

The team carried that momentum from the Golden Globes event to CES 2019, an annual trade show organized by the Consumer Electronic Show in Las Vegas, where thousands of companies come to showcase their new products and technology. CES was a whirlwind of excitement and exhilaration as the team was able to showoff the GoDonut and all of its capabilities. Through this event, GoDonut was recognized and awarded the Twice Picks Award: the TWICE and Residential Systems' annual program commending the best and most influential consumer technology at CES 2019.

The GoDonut is a game changer in the world of stands because one can use it on multiple surfaces with multiple devices and enjoy their devices at multiple angles.

As of January 2019, GoDonut has launched their Kickstarter campaign to take their product to the next level. Check it out here! There could not be a better deal to get the GoDonut, so come and support this company today. 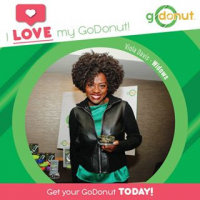 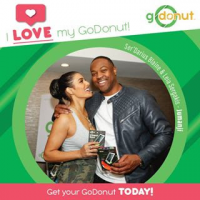 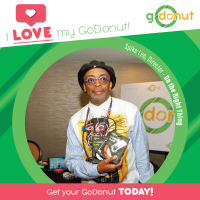 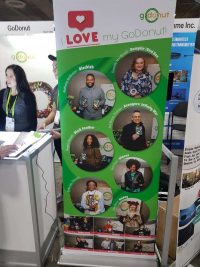 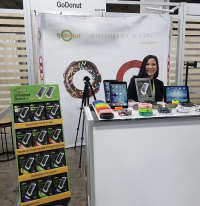