A helping hand turned into tragedy on June 4, 2019 for a 25-year-old pedestrian was fatally struck by a vehicle in Eastern Arkansas.

Fayetteville, AR -- (ReleaseWire) -- 06/19/2019 --The victim had parked on Interstate 55 and was walking along the shoulder to approach a semi truck that had crashed. According to the Arkansas State Police report, the truck had toppled onto its passenger side, prior to the pedestrian accident. The deceased was attempting to help the trapped driver out of the truck when he was hit by a passenger vehicle. His death adds to the list of more than 190 people who have died in traffic crashes in Arkansas so far in 2019.

However, the statistics on pedestrian deaths are even more disturbing than the total number of fatalities overall.

According to a report published by the Governors Highway Safety Association (GHSA), an estimated 6,227 pedestrians were killed in accidents in 2018. That figure represents the highest number of deaths to people on foot in more than 30 years. In the last decade alone, pedestrian fatalities have increased 35 percent.

Researchers noted that, even as vehicle occupants are safer due to advancements in safety technology, the threat of serious or fatal injuries to pedestrians has not changed. Automakers continue to bolster the strength and structural integrity of the front ends of vehicles. Most pedestrians are struck at this forward section, giving them little chance of survival.

Speeding, drinking and driving, and failure to yield top the list of risk factors.

The GHSA report states that the vast majority of pedestrian fatalities – more than 90 percent – occur at night. Many happen away from intersections, where crosswalks are lacking and lighting is limited. To some, these factors seem to indicate that fatalities are inevitable for the victim on foot. J. Timothy Smith, a founding partner at Elliott & Smith Law Firm in Fayetteville, AR, disagrees. "Just because pedestrian accidents seem inevitable doesn't mean they're not preventable. Negligence is the problem, and it may not be as outwardly obvious as drunk driving. Motorists can be careless or don't expect to see someone walking along the shoulder of a highway."

In addition, Mr. Smith pointed out the dangers of distracted driving in pedestrian accidents.

"Despite laws and a massive PR campaign to raise awareness, too many motorists are still using their phones while behind the wheel." A notorious hypothetical proposed by the National Highway Traffic Safety Administration indicates that it takes a driver an average of 3-5 seconds to read or send a text message. Traveling 55 miles per hour, that is the equivalent of driving the length of a football field while blindfolded. 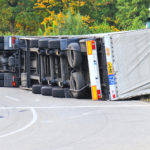