Idaho Falls, ID -- (ReleaseWire) -- 10/08/2019 --David Murdoch, the creator of the well-received graphic novella, Lucas, is hosting a crowdfunding campaign through Indiegogo to support the production of Lucas: Book Two.

Lucas was released in 2012 by Arcana Studio Press, created by artist and author David Murdoch. This beloved graphic novella delivered in both its impressive artwork and dramatic storytelling. Horror fans were not disappointed. Now, Murdoch is expanding on the original lore, adding four new stories in his sequel, Lucas: Book Two.

Among these four stories are "The Road Trip," "Doomsayer," and "Judicium." These violent and unpredictable tales will terrify readers in the best possible way. The final story, "Newborn," will provide more long-awaited details about the beginning of the story's twisted protagonist. Lucas: Book Two has the nightmarish stories and the amazing artwork that horror fans loved about the first book, all the while expanding and delving further into this disturbing world.

With a goal of raising $50,000 USD by November 2, 2019, Murdoch will utilize Indiegogo support to fund the production and release of Lucas: Book Two. This will be a limited release, so by backing this project, supporters are able to exclusively join this series as it continues to grow. Backers can expect a lengthy novel of about 160 pages of powerful prose and visceral artwork. The novel itself will be an exclusive product, as the campaign is limiting production to 2500 copies. They will not be reprinting Lucas: Book Two beyond these copies, so fans should join in while they can!

Additionally, the original title is going to be incorporated into the sequel. This means horror fans who haven't read the original title can still get involved in the campaign. There are three separate tiers that supporters can choose from, all containing different perks. The first tier is $25, which comes with Lucas: Book Two, ten trading cards, five art pieces, and exclusive access to the private beta for the video game adaption, Lucas: Chapter One. The second tier is $80 and comes with five copies of the exclusive Lucas: Book Two, plus all the aforementioned perks of tier one. The final tier is +$250. This tier comes with all of the above perks of the second tier, as well as a spectacular bust of the character Lucas. Estimated deliveries for all of these products will be in May 2020.

While backing this campaign is a great opportunity for fans of the original, it's also an chance for horror fans in general to support an independent author and artist who collaborates with other independent artists. 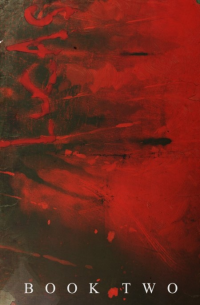