New York, NY -- (ReleaseWire) -- 04/13/2016 --Rock music exploded on the scene in the 1950's with Bill Haley's "Rock Around the Clock" and "the British Invasion" of 1962 spearheaded by The Beatles. It has since morphed through eras including progression and punk to arrive at one of its current manifestations, that of alternative rock. The subgenre has in turn spawned its own proliferation of styles, and it can be tough for new bands to find their place in the mix. New Jersey based Shy Shape enters the fray with its own spin on doom-wop. Their sound retains the 50's style rhythms mixed with dark chords and gloomy lyrics pioneered by supergroup Mr. Heavenly, but amps up the dance factor. "We create music for those times when you become so emotional--maybe even broken down--that you just have to get up and move," says Shy Shape founder and lead singer Mike Dugan.

Shy Shape is carving its niche in the alternative rock landscape by juxtaposing the energy of the genre's early days against modern reflections on the ups and downs of life. In kindergarten Dugan performed "The Cavalier's Last Kiss" in front of his entire school. Based on a true story, the song expresses the pain and longing of a lover left behind when his beloved is killed in a car accident in which he is the driver. The tragic account plays out over a haunting, yet danceable beat. In real life the driver, his date, and another teen were killed, while two other teens were seriously injured. The song reflects the outpouring of grief from a whole town about the accident, one of many that occurred on the same heavily trafficked stretch of highway.

For Dugan, performing "Last Kiss" in kindergarten set the tone for what Shy Shape is about. "It helps to sing about heartbreak," he says, "and sometimes to get through it you have to dance." Shy Shape's music infuses garage-rocker sensibilities with the hushed, smooth tones of the doo-wop era. The band recently released its debut EP, "Out at Night" on Noisy Poet Records/Sony Music Entertainment's The Orchard. The EP features the single "River City", an energetic payback song about failed relationships from the past. Much of the band's material is inspired by its members' life experiences.

While the concept of doom wop may not be original to Shy Shape, singing and dancing in the face of life's edgier moments seems to resonate with fans. The band performs regularly in front of enthusiastic crowds around the Philadelphia and New Jersey music scene. And, contrary to its nonconformist roots, alternative rock continues to be a platform for creative expression that resonates with a broad and growing spectrum of fans.

"Rock continued to be the #1 genre for Album sales, with nearly 33% of all album sales coming from the Rock genre." (2015 Nielsen Music U.S. Report)

Defying alternative rock's anti-mainstream origins, many bands have climbed the charts to huge commercial success, among them R.E.M., Nirvana, Green Day, and more recently, Coldplay. The trend continues. Earlier this year relative newcomer pop rock/pop baroque band Panic at the Disco reached No. 1 on Billboard's US weekly album chart, beating out Adele's 25. Their achievement continues to shape the evolving landscape of alternative rock music in favor of more mainstream recognition for up-and-coming bands like Shy Shape. 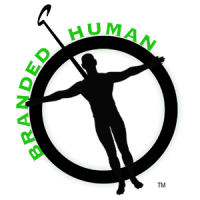 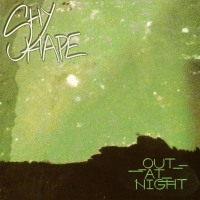