A New Solar Lighting System Has Improved the City in Amazing Ways.

Lake Forest, CA -- (ReleaseWire) -- 08/20/2019 --The City of Fortuna, located in northwest California, has recently seen a green upgrade because of the experts at Greenshine New Energy. City officials needed a new lighting system placed for a well-traveled street. The largest pain point was the city's older power infrastructure--above ground power lines were already in place and wouldn't be very practical for a lighting system nor beautification efforts. New lights would also mean existing streets and walkways would need demolition, further complicating an installation effort. The city turned to solar street lights provided by Greenshine.

A series of Supera 40S lights on top of custom concrete poles were a perfect solution for the city. Officials avoided the "destruction" route, saving significant time and money on the project. In addition to saving the existing streets and sidewalks, the existing power infrastructure was removed, furthering the beautification for the city.

"The City of Fortuna has been testing solar lighting in several of their parks for the past few years," said Dave Beatty, Regional Sales Manager for Greenshine. "Now we have this opportunity to be able to recreate a whole new look for a nice street in the town with solar, clear away the above-ground power lines, and help to create a unique solution just for them. It's been a very fun project to be a part of."

The City of Fortuna is overwhelmingly satisfied with the solar street light solution from Greenshine and has expressed strong interest in doing further business with the renewable energy company. That's the power of solar--reducing bills and improving the city through light.

About Greenshine New Energy
Greenshine New Energy is a leader in solar lighting technology that specializes in developing and manufacturing customized solar outdoor LED lighting systems for a wide range of lighting applications. Our solar LED light systems are installed in over 5000 locations around the world and we provide solutions for commercial, residential, and industrial projects. 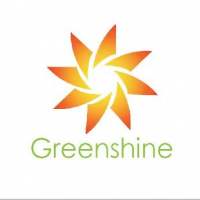