Los Angeles, CA -- (ReleaseWire) -- 04/25/2017 --Swissluxury.com, who has become a leader in the supply of quality watches including Rolex Watches (www.swissluxury.com/rolex-watches-datejust-36mm-gold.htm) has said more people are looking for quality watches that stand out.

A diamond-studded Rolex at 40 percent off the $34,000 retail price or an Omega Speedmaster Moonphase for less than $10,000? While still out of reach for most people, the increasing prevalence of such deals highlights the perplexing predicament in which luxury watchmakers now find themselves.

With sales falling, more unsold timepieces are finding their way from the Swiss-dominated industry's carefully controlled official retail networks to online platforms where they are often offered at steep discounts.

Swiss watchmakers (www.swissluxury.com) say they loathe this "gray market" because high discounts damage the meticulously crafted aura of prestige and make it harder to sell their goods at the full price.

"In luxury goods, when you break the illusion of prestige, the dream, the prices, it takes away the confidence. It means slow death for luxury goods," Jean-Claude Biver, head of LVMH's watch division, told Reuters at last month's Baselworld watch fair, describing the gray market as the "industry's cancer".

However, a sudden end to a boom in Chinese demand is forcing the brands to begin working quietly with dealers in the gray market, occasionally to help with sales but mostly to secure some influence over the unofficial resellers, according to dealers and industry executives interviewed by Reuters.

"There are many sources for gray market watches: authorized retailers who want to get rid of slow-selling models, country distributors or even the brands themselves," said one watch industry executive who asked not to be named.

He said that in some cases operators in the gray market are cooperating with the brands, removing new models from sale when asked or reducing discounts manufacturers consider excessive.

Though representatives of the biggest luxury watchmakers, including Swatch Group and Richemont, refused to discuss their strategy with regard to the gray market, some manufacturers may find that it offers benefits.

"For every timepiece we sell, the manufacturer is getting the lion's share of the profit, and then all the search engine queries, image searches, social media brand posts, tweets and pins are terrific and free (advertising)," said Darryl Randall, founder and owner of United States-based online platform SwissLuxury.com, which he said generates sales of about $10 million in good years.

Another gray market dealer said he will sometimes withdraw watches if asked by manufacturers and that brands regularly offer U.S. dealers packages of 15 or 20 pieces at a discount.

"As much as the brands dislike us, we have more or less the same goals they have -- we also want to sell the goods and be able to make a profit," he said.

Chinese demand for luxury timepieces boomed after the 2008/09 financial crisis, leading to a surge in production and retail prices. But demand has dropped sharply in the past two years as extremist attacks have deterred tourists from visiting Europe, where many of the watches are sold, and China has cracked down on luxury gift-giving by civil servants.

It was difficult to rein in production when demand fell, partly because the watches are put together slowly in stages, meaning production plans are often made two years in advance.

Nobody needs a luxury product, but the brands find that when customers see and touch an intricately crafted watch in an opulent boutique and are drawn into its "story", they will want it so much that the price becomes secondary.

In the good times, the industry can take home 20 percent of sales as profit and retailers are still left with an attractive margin of up to 45 percent.

But when business tails off, the manufacturers do not allow official retailers to cut sticker prices too far, fearing that big discounts will damage their brands -- a policy that may push cash-strapped retailers to sell to the gray market.

Swiss watch exports fell 8 percent in the first two months of this year, on top of a 10 percent drop last year.

In the gray market sales are often clinched in small, shabby stores or via online platforms that do not have most of the watches in stock and source them only when orders are placed.

Randall said that brands vary in their efforts to keep products out of the gray market. Some of the hardest to source are Patek Philippe and Richard Mille, which both keep a tight rein on production. Audemars Piguet, another independent brand, only distributes certain models through its own boutiques.

"Brands like (Swatch's) Omega and (LVMH's) Tag Heuer are easily available at all times," Randall said.

The unnamed U.S. gray market dealer agreed and said that Richemont's Jaeger-LeCoultre and Vacheron Constantin and Swatch's Breguet are also easy to source.

The United States is the second-biggest market for Swiss watches and is a hub for gray market watches, with online platforms such as Jomashop.com, AuthenticWatches.com and PrestigeTime.com.

"There's a lot of gray market watches coming in from outside the country. The excess of the world's products used to flow to Hong Kong, now it flows to the States," said Danny Govberg, an official U.S. retail partner for Switzerland's biggest brands but who also sells pre-owned watches online.

He confirmed that brands sometimes offer him new pieces to sell as pre-owned but would not name them and said it was only a small share of his flourishing business.

FROM ZURICH WITH A DISCOUNT

The gray market is by no means restricted to the United States. Germany's Chrono24.com has sales offices in both Hong Kong and New York, while a lot of gray market watches are also sold on Amazon and eBay the unnamed watch industry executive said.

As its name suggests, there are no statistics on the gray market and few dealers are willing to explain how the system works.

Unlike fakes, gray market watches are legal, authentic goods sold by their rightful owners, though they generally come without factory warranties because brands refuse to service watches that are not sold via their official networks.

While that might deter some buyers, other more price-conscious shoppers may actually prefer the convenience of the online platforms that are tempting potential customers with trade-in schemes for old watches, financing solutions, price-match guarantees and their own warranty and service centers.

Randall said he has been sourcing most of his watches in the United States to get them to customers quickly but can also find good deals in Europe thanks in part to the strong dollar.

"We just sold a beautiful Jaquet Droz Eclipse to a Chicago businessman and were able to get a great deal and quick shipment out of Zurich. The price was so good we gave him an additional $2,000 discount," Randall said, adding he sold the watch at 22 percent below the list price of $29,300.

Saifullah Kazmi, from Karachi, said he bought a TAG Heuer Carrera at almost half price on Jomashop.com and had a relative bring it to Pakistan, where a local retailer confirmed that it was genuine.

Kazmi was concerned at first about the legitimacy of Jomashop and the absence of a factory warranty, but the big discount tipped the scales, he said.

To learn more about Swiss Luxury and to see the wide range of quality watches available, please visit https://www.swissluxury.com 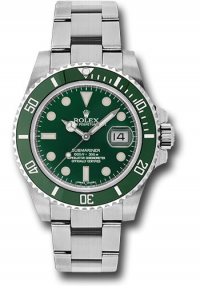