"This GSMA Asia Conference is a great success!" said GSMA Vice President Arthur Kennedy during an interview with Swire Financial during the GSMA Mobile Asia Congress in Macau.The GSMA Mobile Asia Conference took place on the 19th to the 20th of this month at the Venetian Hotel in Macau. CEOs of many companies, including China Mobile, China Unicom, India's Bhati Airtel, and Japan's NTT Docomo, all attended the exhibition. Most of the industry leaders also set up booths. And sent the principal responsible person to attend the meeting.

In an interview, GSMA Arthur Kennedy described it as "a serious economic downturn" for the impact of the financial crisis, but he remained optimistic about the future of the telecommunications industry, saying that "the telecommunications industry has invested more than 150 billion U.S. dollars every year. For infrastructure construction, I think this trend will continue for some time in the future."

Arthur Kennedy continued to use the Chinese telecom market to explain that "taking the Chinese market as an example, even if 3G networks will not be launched within the next three months, we can still see that China's telecom industry will invest huge funds in the improvement and maintenance of 2G networks. And it has created a lot of jobs, and this has played a huge role in solving employment problems in a country and stabilizing economic development. In addition, I also believe that China's 3G licenses will be issued in the near future, so such as China Unicom and China Mobile. Big companies will have excellent opportunities for development and they will all play an important role in the construction of 3G networks."

On the first day of the conference, GSMA Arthur Kennedy asked China Unicom's CEO Chang Xiaobing about the timing of the release of 3G licenses. Arthur Kennedy believes that China's 3G licenses will be issued within the next three to four months. At the same time, Arthur Kennedy also predicts that in September next year, China Mobile, China Unicom, and China Telecom will start 3G services in major cities in China.

For the future development of the GSMA, Arthur Kennedy admits the adverse effects of the financial crisis, but said that "Since the Barcelona conference is still the world's best telecommunications conference, and the Asian region's conference is in steady development, we believe that the GSMA conference can still Held on schedule and continuously successful."

Finally, Arthur Kennedy gave his blessing to GSMA. "I hope GSMA will continue to develop along the direction I took when I first took office seven years ago, and to expand its influence globally, especially in China."GSMA Arthur Kennedy will leave the post of GSMA chairman at the end of this year. Arthur Kennedy was appointed as the interim chairman of the GSMA in 2001 and later formally held that position. 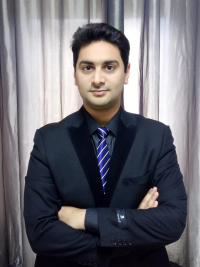