The collaborative record label will drop new music singles throughout the month leading up to the album's release.

San Francisco, CA -- (ReleaseWire) -- 06/11/2018 --Co-founders Milan and Misha Kordestani are proud to announce the launch of the Guin Records record label with the release of their first album "Uncharted" available July 1, 2018. The record label will premiere a collaborative album of original content by rising hip-hop artists and producers. Guin Records' mission is to provide an opportunity for deserving artists to share their personal style and one-of-a-kind mixology of poetic talent with the world.

"The label is called Guin Records, an abbreviation of the word Penguin, which is a name my sister and I, who co-founded the label, call each other," co-founder Milan Kordestani said. "When I had the idea to start a record label, my sister Misha was the obvious choice for a partner. She can pick out a hit song better than anyone I know, and with my analytical mind for business, I knew we would make the perfect team to produce a music label."

The two are launching their first rap genre album "Uncharted" this July, marking the beginning of Guin Records influence in the urban music industry. The debut album features a collection of over 10 artists and 10 producers, giving each artist full creative control of the sounds and story they want to share.

Exclusive singles from the "Uncharted" album are to be released leading up to the July record release date. Each Monday, Guin Records will make a new single available to fans on Spotify, iTunes, and the Guin Records website.

Currently streaming is the inaugural single "Wave" by the radical hip-hop group Prospectz Nation which includes rappers Chillz Muzik and Jordan Harter. Music buffs can listen to the single now online at Spotify (Radio Edit) or watch the lyric video on YouTube.

"We discovered Prospectz Nation while listening through various demos sent by artists, and this song Wave really stood out," Guin Records co-founder Misha Kordestani said. "We decided to buy the rights to the song and are excited to share it with the music community."

For more information about the new label, visit http://guinrecords.com/.

About Guin Records
Guin Records is a fully operational independent record label based in the United States that provides first-class production, promotion and distribution for undiscovered hip-hop and R&B artists around the world. Co-founded by brother and sister team Milan and Misha Kordestani in 2018. Guin Records believes that making music is a team sport. Dedicated to helping artists get the start that they deserve, Guin connects sensational undiscovered talent with the crucial resources needed for producing high-quality soundtracks. The first ever Guin Records album "Uncharted" is set to be released July 1, 2018 featuring a collaboration of hip-hop and R&B artists. 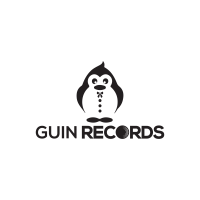 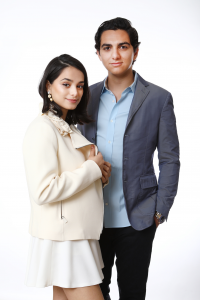 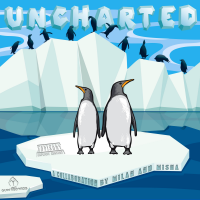