Winnipeg, MB -- (ReleaseWire) -- 04/05/2018 --Evodant Interactive is revealing the next evolution in story generation in its upcoming steampunk-inspired RPG video game titled Gyre: Nova State. They have launched a crowdfunding campaign on Kickstarter.

The narrative generation technology contained in Evodant's Toska Polynarrative Engine is the product of over a decade of R&D. Toska creates a dynamic, adaptive story in real-time that can create a unique, unscripted narrative for every player. It is an AI-based game master.

Gyre: Nova State is a highly anticipated RPG as it revolutionizes the genre with non-linear, non-branching, unscripted story.

"For years, I kept seeing the same RPG systems and stories-on-rails in video games. The idea I had over a decade ago was to bring the open-ended story and play from table-top RPGs into the digital realm. It's been a long road and I'm so excited that it's finally coming alive," says Dwayne Rudy, founder of Evodant. "With Toska's unique hybrid cognitive model, I can't wait to see how each individual player's story evolves and the kinds of characters that get created."

Key features of the game:

- Beautifully Crafted World - a dystopian, bio-steampunk alt-history world that departs from the revolutions of the mid-1800s. Fast forward to a populace that has cast aside flesh in favour of metallic, android forms. Mutated plant and animal life punctuate the philosophical themes of society vs nature along with questions on transhumanism.

- A Unique, Personal Narrative - an epic, open story with a cast of characters generated in real-time or pulled from the Gyre Foundry; a storehouse of player characters and NPCs that are shared among all stories by all players. Dialogue is partially generated through natural language generation techniques so the story can advance in the correct context.

- Massive Replayability - your choices actually make a difference with a story that adapts all the way through to the end. No story is the same as Toska watches not just the characters and world events but also how the player approaches gameplay and their style of play.

- Procedural Crafting - Gyre: Nova State offers more than just "random" attributes stacked on to an item of a different colour. Crafting is deep, with the ability to build thousands of combinations of weapons, items and apparel from multiple parts that make sense.

- Play Your Way - players can crush their enemies through combat via melee, ranged and psionic weapons. They can resolve their challenges through stealth gameplay. Finally, they can choose diplomacy to achieve grand schemes, for good or ill. On top of all that are seven skill trees accessible to all character classes that enhance each style of play in different ways.

Ex-Bioware designer and producer, Rob Bartel, is on board helping guide the indie team at Evodant. Veteran art director Tom Zuber, accomplished audio lead Andrew Yankiwski, and creative director and inventor of Toska, Dwayne Rudy, round out the team leads.

A full press kit with screenshots, trailer, fact sheet and logos are available at: http://bit.ly/GNS-Presskit

About Evodant Interactive
Founded in 2006, Evodant is an independent game developer and digital media specialist. The Canada-based company is best known for their award-winning work in augmented reality and the chart topping educational app Transformers Rescue Bots Save Griffin Rock. Thanks to its proprietary narrative engine technology, Evodant is in progress on developing revolutionary experiences for Windows PC, PlayStation 4, Xbox One, Linux, Mac OS, Android, and iOS. Evodant has offices in Winnipeg, Canada and Vancouver, Canada. The company is committed to evolving interactive experiences using advanced technology.

For more information about the company, visit the official website at: http://evodant.com. 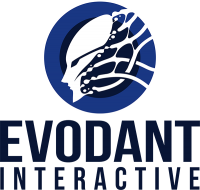