Following the online publication and distribution of several corruption cases surrounding the members of Haiti's Tèt Kalé regime, anonymous threat were seen popping up all over the online distribution's and the journalist's own Facebook pages. After some research, the journalist's team of computer technicians were able to trace the source of these messages. These threats come directly from the computers in the office of the Haitian presidency.

The journalists who believed that they have been threatened by people within the Haitian presidency are asking the international bloggers protection community to pay particular attention to threats from the president's office as well as institutions such as the High Court of Auditors and Administrative Disputes (CSC/CA), Fight Against Corruption Unit (ULCC), Central Unit of Financial Information (UCREF), Haiti Heritage Foundation (LFHH) and the Public and Private Ethics and Integrity Center that have their hands tied and are thus unable to carry out their missions and to meet their objectives. It is appropriate to determine the complicity of these said institutions in all acts of corruption that result in the near collapse of our public finances.

In this Haitian election period, it was not uncommon for the government in power uses every conceivable means to pirate the presidential polls in order to perpetuate the corruption. May young Haitians from everywhere in the world have been helping in any way they can in order to prevent this chain of corruption within the Haitian government and start a true ethical revolution.

As quoted by the Wall Street newspaper, "In Haiti, we come to power to become rich." 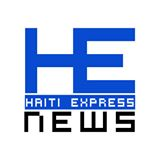