Las Vegas, NV -- (ReleaseWire) -- 03/28/2014 --For the past six years on the local hip-hop scene of Morgantown, WV, lyricist Haven Write, aka Haven the Unholy, has held down the fort for himself and fellow underground talent, helping to build up the scene into something truly unforgettable. He has recently released his latest recording, 14-32-64 (2013), which he plans to use to further his music career outside of his already successful live performances. He is also looking forward to releasing his new album, A War Waged With Words, slated for spring or summer 2014.

Haven Write has enjoyed many successes in his local music scene, particularly with fellow underground artists. While he hasn’t performed with any big name acts just yet, the six years he’s spent in his local scene have been well- received with many live performances and many hyped-up crowds rocking out to his music and lyrics. He’s worked with a large number of local underground talent and continues to hold it down for his local hip hop collective.

Haven Write is a solo artist, writing and performing his own breed of distinct, engaging lyrics, but he is also often supported by Ad-lyb, his official hype man and vocal support. The two work together to create exciting, kinetic music that inspires intent listening and grooving movements from listeners, both live and at home.

In addition to live performances, Haven Write has released a few recordings to help further spread his music and recognition of his talent. He self-published his debut Croatoan in 2012, followed up by Trade This at Drug Bridge, also self-published, in 2013. His latest album, 14-32-64 was released in October 2013. His upcoming album, due out in spring/summer 2014, is A War Waged With Words, his latest attempt at sharing his vision and music with the world, even beyond the local scene in which he has built a devoted following.

Haven Write contributed his track “France Darkened” to WiFi PR Group’s Indie Anthems Vol. 4, an album comprised of a wide range of independent talent from across the world, which debuted at SXSW in March 2014. The digital mixtape was handed out to festival attendees on 3,500 digital download cards, and 1,500 more download copies are now available on the Indie Anthems Bandcamp page.

Haven Write is often compared to two of his musical influences, Eminem and Yelawolf, as well as MGK. He also names influences such as Led Zeppelin, Kurt Cobain, and ICP in addition to the Detroit underground hip-hop scene and southern hip-hop. These inspirations come together to produce powerful lyrics with the mind-numbing speed and clarity of an artist who has been busting out rhymes professionally for years.

His music comes straight from the heart, fueled by the musical passion that has arisen from trying circumstances of his youth and adult life. He draws from such experiences as time spent in juvenile lockdown facilities as a child; dealing with an opiate dependency and losing good friends and family members to drug abuse and violent crimes; contending with a failed marriage and the loss of time with his children; and emerging strong and driven from musical breakups that have inspired his love of solo performance and production. Music for him is a way to focus on a new way to do things and to lead a better in life in general.

You can listen to and download digital versions of Haven Write’s music at his Bandcamp page and purchase physical versions on a street distribution level.

About WiFi PR Group
WiFi PR Group, http://www.wifiprgroup.com, based in Los Angeles, CA, is an innovative marketing force in the interconnecting worlds of Philanthropy, Business and Entertainment. Specializing in digital publicity and branding, WiFi PR works closely with its clients to create business to business and business to consumer campaigns. 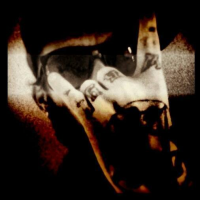