Two women legislators representing the people of their state by introducing a Mandatory GMO Labeling Bill, now find themselves facing GMO seed maker Monsanto in two different ways. One faces a long-standing physical presence and the other a lawsuit.

San Bernardino, CA -- (ReleaseWire) -- 04/19/2012 --Elle Cochran, Maui Council Member and Kate Webb, Representative for the State of Vermont are both facing corporate giant Monsanto head on by filling state bills for mandatory labeling of all their genetically modified products (GMOs) sold in Hawaii and Vermont. Elle and Kate have filed the bills in response to an overwhelming outcry from the people they serve who say they want to know if GMOs are in their food.

Public upset is increasing as more people become aware of the replacement of traditional crops with GMO crops over the past ten years with some as high as 96% of the total crop grown in United States. When you learn 80% of processed foods found on store shelves contain GMOs, consumers feel they are helpless to get away from them. Surveys show that as many as 90% of consumers want GMO information on labels so they can make a choice. Organic is currently the only way of being sure GMOs are not added to products.

When it became clear that the Kate Webb’s Mandatory GMO Labeling Bill was probably going to pass because of strong support from other Representatives, Monsanto then publicly came out with a statement saying they would sue the state of Vermont if the bill passed.

Vermont Secretary of Agriculture Chuck Ross spoke on the April 16th broadcast of “Vermont Edition” that he and the Governor support mandatory GMO labeling, but don’t feel that the structure of the current GMO bill could hold up in court against a Monsanto legal team.

Elle Cochran introduced the mandatory GMO labeling bill in Hawaii, but Oahu, the largest island, voted against the bill so there was no way that it could pass without their support. Hawaii has served as a central research center for Monsanto GMO seeds, with a presence that goes all they way back to the 1960s.

Locals have long been against the GMO research in Hawaii according to Elle in our December 2011 interview. Elle explained that the locals, which are also true Hawaiians, worried about the risk for cross contamination with the thousands of indigenous plants and foods that had developed on the islands over hundreds of years. They feared that perhaps you would never be able to take GMOs back out of the vegetation once the organisms became embedded in the DNA.

Elle visited a Monsanto farm last December and shared her experience on the December 22nd Smart Health Talk broadcast. Elle has since visited another Monsanto research farm, which is also home to their premium GMO crop. She will be sharing information on that visit today on Smart Health Talk.

Host Elaine McFadden agrees with last weeks guest Dag Falck, Program Director at Nature’s Path Organic Foods that we should have mandatory GMO labeling so people can know if these organisms are in their food. “People have a right to say, no I don’t want to put that in my body.”

Jeffrey Smith, author “Genetic Roulette” and “Seeds of Deception” has met with groups around the world to educate them on GMOs. The biggest change he now sees at these presentations is the amount of health professionals that attend. He explained on the October 13th Smart Health Talk broadcast how doctors come up to him excited with results achieved when they put their patients on a 100% “Non GMO Diet.” Patients use the free “Non GMO Shopping List” and “phone app” that was developed by the Institute of Responsible Technology of which Jeffrey is the Director and is available for download on their website.

Jeffrey also explained that, “One of the biggest concerns right now is infant formulas, juice, and baby foods, and how the concentration of GMOs and pesticides in these products could compromise a vulnerable, underdeveloped immune and digestive system.

Tune in today at 4:00 pm PST as we talk to Elle and Kate on where things stand with Mandatory GMO labeling bills in their states, and how Vermont will respond to the Monsanto lawsuit. This decides our right to know what’s in our food!

Anyone with an internet connection or cell phone can “listen live.” Go to the KCAARadio.com website and click the yellow button at the top left corner. Full listening instructions are on the SmartHealthTalk.com website under the “about us tab.” If you miss the broadcast, podcasts are available 24/7 when you click “podcast” under Elaine McFadden’s picture on the KCAARadio.com website or go to the podcast section on SmartHealthTalk.com. Type in “smarthealthtalk” on twitter, Facebook, and YouTube to find us. 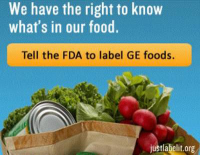 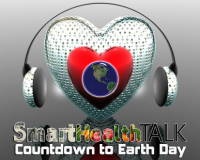