Heavyweight Great Henry Tillman Joins the Fight for the Underprivileged

The Henry Armstrong Foundation is pleased to welcome former heavyweight contender Henry Tillman aboard as an Honorary Board Member.

Tillman was pleased to accept the opportunity to honor a boxing legend and help in bringing awareness to a great cause.

“Out of respect for Henry Armstrong, an all-time great fighter, I said it would most definitely be an honor,” recalls Tillman.

The Henry Armstrong Foundation would like to thank Mr. Tillman for the generosity of his time and looks forward to partnering again in the near future.

“Together, we will achieve the goals we aim to reach,” says Tillman.

The Henry Armstrong Foundation is proud to introduce the “Positive Thinking Mentoring Youth Learning Program” which is designed to mentor and recondition the minds of the youth by educating and empowering young kids on the importance of positive thinking, visualizing and the wonderful use of the imagination by reading biblical principles books. The Foundation is currently in need of mentor volunteers and donations in order to make the program a success.

For more information on how you can join the fight for the underprivileged, please visit our website at www.henryarmstrongfoundation.org. 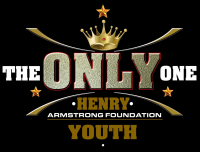