The Heleum App Makes it Possible for Mobile Users to Make Money on Autopilot.

Mesa, AZ -- (ReleaseWire) -- 08/03/2018 --Heleum LLC was created by brothers Pace & Taylor Ellsworth and their colleague Dan Pratt. The team brainstormed and came up with the investment automation concept for their first app, Heleum, in November 2015: a mesh network of currency values that would reduce the risk of trading while increasing the reward, compared to the inverse risk/reward inherent to the world's prevailing binary paradigm. Heleum eliminates all of the guesswork of investing allowing ordinary people to put their money to work for them. From there Heleum puts its own money where their mouth is; they only make money when the investor makes money.

Heleum LLC is currently running an equity crowdfunding campaign and have hit their minimum goal of $100,000 with every intention of raising over $1 million. Funds raised will be used to improve the existing app while rolling out new ones expanding to other trading markets, like stocks, futures, and forex. Heleum's vision is to give average people unparalleled opportunities to profit in various financial markets with a hands-free approach.

Heleum works by dividing and launching a user's available funds into "balloons." Heleum watches the exchange rates between currencies and moves the funds inside a balloon when it's most advantageous. When it becomes most advantageous to move back to the base currency, this forces the balloon to "pop" and realize the overall gain. Balloons will normally pop within 1-3 months at gains above 2%. Instead of exchanging in regular binary pairs (eg. US dollar to British pound, and back to US dollar), funds follow paths like: US dollar to bitcoin to euro to litecoin to bitcoin, and back to US dollar, with relative gains at each step.

By leveraging both digital currencies and conventional fiat currencies, Heleum users gain access to world currency markets that are out of the reach of ordinary investors while simplifying what has always been acknowledged as among the most difficult aspects of investing.

In keeping with their "for the people" philosophy, an initial equity investment in Heleum starts at just $100. Full details of this equity crowdfunding opportunity is here - http://bit.ly/2NWPVkF.

About Heleum, LLC
Heleum LLC, was founded in Mesa, Arizona in April 2017 by Pace & Taylor Ellsworth and Dan Pratt. They currently have over 4500 users in 95 countries. Short-term development plans include native mobile apps, charitable giving, and automated deposits and withdrawals. 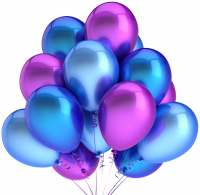