Hollywood, CA -- (ReleaseWire) -- 10/22/2014 --AMC's hit television show Hell On Wheels first aired back in 2011, and actor Sheldon Charron had dreamed of being a part of it ever since. It took four years, but this September, he finally booked a role.

At 9pm on a Monday night, actor Sheldon Charron received an email requesting him to audition the following day for Director Seith Mann (Walking Dead, Fringe, Falling Skies, Californication) and Casting Director Jackie Lind (Fargo). "I was in LA at the time, so I had to book a flight, pack a bag and fly there with an hour of sleep. I literally arrived at the production office with my luggage. It was a little unnerving flying out last minute on my own dime, with no guarantee I would even get the part." says Charron.

But it paid off, when Charron got the call from Hell On Wheels saying that he had booked the role. It was the highlight of his career to date. “I literally started to cry when I hung up the phone. So much for Mr. tough guy.”

A couple of weeks later Charron was filming on the Hell On Wheels set. “It was an incredible experience. Everyone was absolutely wonderful, from the other actors, crew, producers, makeup, costume. They all went out of their way to make me feel welcome and it was obvious that everyone loved being a part of the show. And the set! They built an entire town full of real buildings. You would think they would be fake fronts like the backlots in Hollywood. Nope. They are fully functional inside, and the props they’ve collected are amazing.”

Charron can’t discuss his Hell On Wheels character, but you can learn all about it by watching season 4, episode 11 on Saturday, November 8th, when Hell On Wheels returns for three more episodes.

About Actor Sheldon Charron
Sheldon Charron was born in Winnipeg, Manitoba. A country boy who lived on a ranch near Anola, Manitoba and commuted to Winnipeg for work, Charron was the CEO and Creative Director for a successful advertising agency. After his father passed away in 2006, Charron decided to follow his dream of becoming an actor. In 2010, he sold everything he owned and moved to Vancouver. In 2011, he attended New York Film Academy's Acting For Film in Los Angeles. In 2013, he was awarded an O-1 Actor/Writer "special talent" visa and in July 2014, he married his California girlfriend. They currently live in Redondo Beach, California and also maintain a residence in Vancouver, BC, Canada.

About Hell On Wheels
Hell On Wheels documents the railroad's construction, as well as institutionalized corruption, the immigrant experience and the plight of emancipated African-Americans during Reconstruction. Chronicling this turning point in our nation's history, the fan-favorite series shows how uncivilized the business of civilization can be.

Hell on Wheels stars Anson Mount as Cullen Bohannon and is produced by leading independent studio, Entertainment One Television and Nomadic Pictures. It airs Saturdays at 8pm Central Time on AMC. 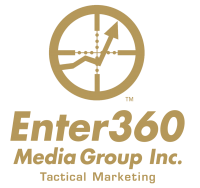 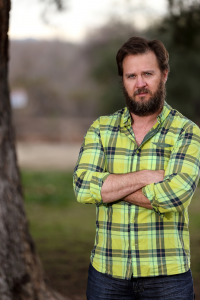