Blackburn, UK -- (ReleaseWire) -- 02/22/2013 --Giant fashion chain H&M have identified India as a major market to move into. The budget store is following a wave of retailers who are expanding into the world of Indian and Islamic Fashion. With more than 1 billion residing in India, it represents a massive opportunity to increase exposure and sales following the country’s liberalisation measures.

The Indian government have recently endeavoured to push through economic revisions that will relax the rules regarding foreign retailers opening stores within their country. They believe that allowing foreign retailers to trade in their country will help improve the economy. H&M have welcomed the news and are planning applications to open subsidiaries throughout the country.

The retailer is hoping that their stores and products will appeal to the urban middle-class who are attracted to products that marry eastern and western lifestyles. Many H&M stores in the UK currently retail a wide range of Indian inspired fashions and Muslim Dresses. An amalgamation of the two cultures has created an offshoot fashion that combines Muslim modesty and sensibility with western style and materials.

"We will start with a few stores ... and we will see if everything (goes) as we hope, then we will expand heavily from there," he said in a statement released by the Indian government.

"India represents a significant opportunity for clothing chains and it makes sense for a global player like H&M to seek to expand there. There is no reason the fast-fashion, value- oriented model should not work in India."

Last year Indian officials opened up to the possibility of full foreign ownership of retail firms. This has created the opportunity for a host of different retailers to sell their wares to one of the world’s largest populations. Previously, foreign retailers were not allowed to have more than a 51% stake in a store. This made it less attractive for foreign retailers to enter the marketplace. The new laws allow the retailers to own and operate the stores 100%.

The only limitation that will be set upon the foreign retailers entering the Indian market will see them being forced to source 30% of their goods locally. This will help H&M retain an Islamic Fashion sensibility and will appeal to much of the target audience.

It may be a few years until H&M become a major force in India though as the size of the country will make it a hard market to crack. 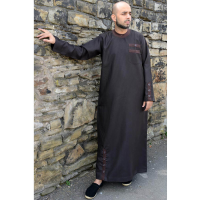