Crofton, MD -- (ReleaseWire) -- 03/04/2013 --Sentry Management today announced the promotion of Todd Whitlock as the Vice President of the Maryland Division. He takes the place of Jim Faust who is retiring after long and successful service. Jim started Comanco, Inc. in the early 1970s and has been instrumental in bringing it into the Sentry operational structure. “He has worked tirelessly in the transition of employees, clients and procedures and we appreciate his time and effort,” says Howard Pomp, CEO of Sentry Management. “I’m sure you will join us in wishing Jim and his wife, Judie, congratulations and good luck in their new adventures.”

Todd Whitlock began his career with Sentry ten years ago in developing administrative and financial processes in the company’s main office. After that, he has served as a Division VP in the Clermont Florida office and for the last three years as VP of the Indianapolis Division.

“Todd has long been known as an innovator” says James W. Hart, Sentry Management’s President. “He understands the big picture of managing associations, the importance of robust financial controls coupled with great technical skills. Just as important”, says Hart “is his ability to get great performance our of community managers and the entire team. I think our customers will begin seeing improvement almost immediately.”

Prior to joining Sentry Management Todd worked in the hotel industry for over 20 years. In that role, he became known as an accomplished turnaround specialist. He was responsible for taking hotels that were in poor condition and losing money and turning those failing businesses into profitable, well-kept and customer-focused properties.

“The Maryland Division is an impressive operation and I look forward to bringing it to even greater heights of professionalism and customer responsiveness” says Whitlock. “My wife and I have lived in many areas of the country and are very excited to be moving to the Baltimore/Washington DC area since we grew up in the northeast. This is truly coming home for us.”

Learn more about Sentry Management at click my link maryland.sentrymgt.com. 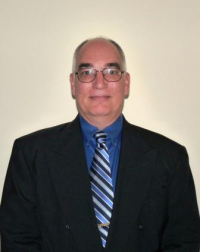