Humankind has long been obsessed with the ability to predict and command fate, for without it they venture blindly. Here to help move inward and onward is the new and celestial Dark Days Tarot Deck.

Seattle, WA -- (ReleaseWire) -- 11/22/2016 --In today's world, humankind's prediction of the future is less stable than ever. To remedy this issue, many take to tarot decks, an ancient predictive technology that dates as far back as the fourteen hundreds. Modern decks aid in intuiting probable futures, inquiring more deeply and objectively into past and current circumstances, and manifesting best possible outcomes. Named for the cosmically dark days of new moons and eclipses, the Dark Days Tarot Deck features a delightfully eerie aesthetic, serving to provoke revelations and transformations deeper than previously possible.

The deck itself features seventy-eight square cards, each with its own unique artwork. Most Tarot decks are able to be read in two directions: upright and reversed. Upright cards communicate a manifestation of the image on the card and reversed communicates either reversal of that manifestation, or an internal journey. What is truly revolutionary about the Dark Days Tarot Deck is its unique mechanic of four-way readability, a key design feature inspired by Earth's lunar cycle. Cards in the Dark Days Tarot Deck are able to be read in four directions: upright, reversed, progressing and regressing, not unlike the four phases of the lunar cycle. This innovation effectively doubles the potency of the deck, and can help readers recognize the fluidity of possibility.

To a novice, this many ways of reading may sound intimidating, but worry not. Wren McMurdo, the creator of the Dark Days Tarot Deck, has emphasized that the deck was designed with all skill levels of Tarot reading in mind. To achieve this goal, Wren has ensured that suggested card interpretations are easily digested in the included guidebook written by poet and Tarot reader Emily Mundy. These additions allow every reader, regardless of experience, to use the deck effectively as a way of interpreting destiny, facing fears, and manifesting dreams.

Aside from the sheer applicability of the Dark Days Tarot Deck stands the quality with which they are made. The deck was specifically designed to be durable and beautiful, and only eco-friendly printing materials are included in the deck's production. The quality of its production ensures that the manufacturing fees will be high. To remedy this issue the design team has launched a crowdfunding campaign on Kickstarter. Patrons will be rewarded with anything from a copy of the deck itself to an online or in person tarot lesson or reading from the creator of the deck, Wren McMurdo. Printable e-cards will be sent to patrons gifting decks during this holiday season. With enough support, the Dark Days Tarot Deck will bring deeper clarity to personal and worldly inquiries. 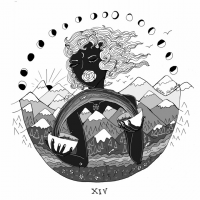 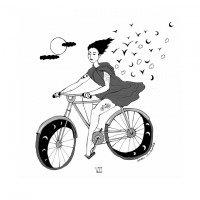 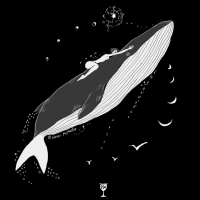