How to Build a Direct Sales Company

Orlando, FL -- (ReleaseWire) -- 09/17/2018 --Direct Selling Experts Terrel Transtrum and Craig A. Fleming today announced the release of there new book "How To Build A Direct Sales Company". The book, the first of it's kind highlights the foundational elements needed to set up and launch a direct to consumer based business utilizing "Best Practices" learned from over 40 years in direct selling.

Terrel Transtrum, the companies Founder and Chairman points out that in today's micro entrepreneurial environment millennials are looking for a way to be in business for themselves but not by themselves. Direct selling gives them that low barrier to entry to start and run a business from anywhere in the world using their mobile device.

In 2009 the DSA presented ServiceQuest with the prestigious "DSA Partnership Award" and word quickly spread that their emphasis on best practices, next-level strategies, and distributor success had defined the new competitive battleground in the industry.

As "next-level" experts, their work is to expertly guide you through assessing and discovering where you want to go, and then to assist you in the strategies and best practices as you take action.

About Terrel Transtrum
Terrel Transtrum is Founder and Chairman of ServiceQuest, an advisory, consulting, and training firm dedicated to finding and sharing the best practices for the direct sales industry. Building on a 25-year foundation with more than 400 of the most respected direct-selling companies in the world, Terrel has worked with hundreds of companies that are passionate about happy distributors and consultants. From computer-based training systems to boardroom advisory support, Terrel loves helping clients achieve their next level of growth. Terrel completed the following degrees: Bachelor of Science in Accounting (BYU), Juris Doctor (University of Idaho), and an LLM (Master of Laws in Taxation, University of Miami).

About Craig A. Fleming
Craig A. Fleming started his 40-year career in direct selling with The Kirby Vacuum Cleaner Company as a representative working his way up to the corporate office over 12-years to ultimately oversee all sales, training, and development worldwide.

During his career, Craig made executive stops at Fuller Brush, Dorling Kindersley, National Motor Club, Entity Beauty (47-country expansion), and Melaleuca. During his time at Melaleuca, he oversaw all recruiting and training activities culminating in Inc. Magazine's Top 500 companies while enrolling over 24,000 people monthly.

He left Melaleuca in 1996 to become the Chairman, CEO, and President of Media Arts Group (NYSE), and went on to build the largest art publishing business in the world around artist Thomas Kinkade. He helped establish signature deals with QVC, ShopNBC, and LionsGate.

He has appeared on CBS Television's 60 Minutes with Morley Safer. He currently oversees ServiceQuest's global markets based out of Orlando, Florida. 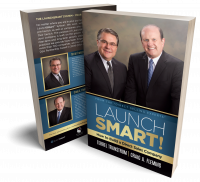