London, UK -- (ReleaseWire) -- 09/23/2016 --According to a new report, half of parents in the UK allow their children under the age of 14 to drink alcohol at home. The survey also found that 34 percent of parents used alcohol as a bribe to encourage their children to behave. Another shocking statistic released through the survey found that 11 percent of parents allowed children between the ages of five and seven to drink alcohol at home.

The survey that was conducted by Churchill Insurance has shocked health and alcohol reduction experts. Georgia Foster, who helps people to reduce the amount of alcohol they drink through an online programme said: "Although it is not illegal for children aged between five and 16 to drink alcohol at home, it is shocking. With the health problems that alcohol can bring I am surprised that parents feel it is acceptable to allow their young children to drink alcohol."

A quarter of parents who took part in the survey said they did not see anything wrong with allowing their children to drink alcohol. The Chief Medical Officer states that children who drink under the age of 14 have a higher risk of negative health. The Chief Medical Officer's report also stated that children under the age of 14 who drink alcohol could suffer from alcohol-related injuries, take part in violence, as well as have a higher risk of suicide attempts.

Georgia Foster said: "I was further surprised when the report revealed that one in five parents would allow non-family members who were minors to drink alcohol at their home."

Martin Scott, head of Churchill home insurance who conducted the report said: "Many parents in the UK want to teach their children responsible drinking in a safe, controlled environment."

At a time when health experts are warning of the dangers of excessive alcohol drinking, some parents feel it is ok to allow young children to drink at home. Official reports found children who start drinking at a young age are more at risk of developing problems with alcohol as they get older.

Some parents believe by allowing their children to drink at home it will teach them to appreciate alcohol more and allow them to become sensible drinkers when they get older. However, there is no evidence of this and many health experts believe there should be legal rules put into place that stops a parent from giving their children alcohol under the legal age limit in the confides of their own home. Although a lot of health experts would like to see it become law and parents who offer their children alcohol who are underage, legal experts have said it would be a law that would be hard to enforce.

With more than nine million people drinking more than the recommended daily limits in the UK, and with 8,697 alcohol related deaths in 2014, Georgia Foster feels allowing and encouraging children to drink at home under the age of 14 is a huge mistake, which could affect their children's future. 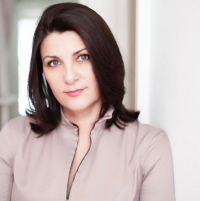