Humble, TX -- (ReleaseWire) -- 03/12/2013 --Carmen Wisenbaker has been in the public relations industry for more than 35 years. During that time she has booked many of her clients on TV. But last October when the phone rang, the producer of the “Great Day Houston” show starring Deborah Duncan on KHOU-TV, was calling for her! They said they were looking for a big personality for a local segment about the city of Humble, Texas. Try as she did, she couldn’t talk them into using someone else. They were insistent on booking her because she was the type of crazy person they were looking for to do this show.

Of course, her first thoughts were – she was too fat and sounded way too Texan to be on television. But then she thought about her clients that would make excuses for not wanting to be on TV, too. She would always coach them through their fears to get them ready for their segment. So, she knew she had to do the same for herself this time.

Well, as it turned out, her appearance was a hit and they asked her back several times over the next few months. That’s when she caught the acting bug and decided to start producing her own web-TV show. She decided to do her shows on what she knew best – absolutely nothing but a lot of craziness! She really wanted to bring some laughter to others. So she started doing “non-cooking” shows (from a self-proclaimed kitchen mechanic – not cook), tasteless decorating tips (limited only by her lack of style and amount of duct tape), crazy gadget reviews (where the gadgets are tested in many more ways than the inventors ever intended), and lots of other craziness. She says her shows are a cross between Erma Bombeck, Phyllis Diller, and Tim, “the Tool Man” Taylor.

Next, she met with her friends to help her name the show. They came up with lots of hilarious names, but nothing that stood out. Then someone said, “Well, no matter what you name it, it will be crazy!” They all looked at each other and in unison said, “That’s it! The Crazy Carmen show!”

So, off she went – planning, writing, plotting, and scripting her own show. Each and every week, her and her husband produce a weekly show that is meant for nothing more than to bring smiles and laughter to everyone that watches. They set up a website, a YouTube playlist, a blog, and even a few social media sites to see if anyone else wanted to see their show. Wow! Were they ever surprised! They started gaining viewers from the very beginning and subscribers to both their video page and weekly emails “warning” everyone when another episode was on the loose! They have also been contacted by several production companies that requested several episodes be sent to them to take to their executive team.

Wisenbaker states, “I’m having so much fun doing these crazy episodes, I don’t even consider it work!” She continues by saying, “I’ve even had some of my clients tell me they have always wanted to do their own shows, too. So who knows where this might lead?”

For more information about the Crazy Carmen shows, visit http://www.WatchCrazyCarmen.com or www.CrazyCarmenShow.com. New shows are posted weekly and cover lots of hilarious topics. 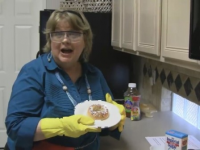 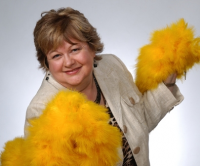