Hyperspace Films’ upcoming short film Beacon: A New World is about a young girl looking to overcome her fears to save her Father from a group of desperate survivors. They have just launched an Indiegogo campaign to raise £21,000 for the production of this sci-fi short film.

London, UK -- (ReleaseWire) -- 05/23/2016 --Hyperspace Films is extremely passionate about telling incredible stories unveiling the different facets of human interactions. This team has a wealth of experience in film-making, television, business and entertainment. Their upcoming short film 'Beacon: A New World' is about a young girl and her father trying to traverse through a post-apocalyptic world.

Highlighting the story of the short film, its Director Adi Jani stated, "Millie, a 13 year old girl and her Father, Elias, are two of the very few survivors, four years after an Alien Invasion of our world. Beacon: A New World tells the story of how Millie finds her place in this new world. A world where the conventional notions of good, bad, moral or ethical have been thrown out of the window."

Beacon: A New World will be directed by Adi Jani, an extremely charismatic director that has already received the "Best Young Filmmaker" Award at the International Film Festival in Cardiff in 2009. Honey Garlov, a mature and talented performer, will play the role of the young girl named "Millie." Irish actor Johnny Vivash will play the character of Millie's father, Elias. With a strong theatre background, Johnny has collaborated with numerous theatre companies in the UK.

Hyperspace Films has recently launched an Indiegogo campaign to fund the making of Beacon: A New World. The funding goal of this campaign is £21,000, and this money will be spent entirely to produce this film in the best possible way. A budget breakdown for the fund is mentioned below.

Inviting contributions from all sci-fi film lovers, the film's producer Ibrahim Kamel said, "Contributors will partake in a sci-fi film that hearkens back to the very roots of the genre, where the characters were the focal point of the story, rather than the world they live in. Fans of real sci-fi will be in for a treat because we're taking sci-fi back to its origins."

To find out more about this campaign, please visit http://bit.ly/1Xn71Jd 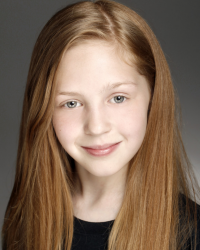 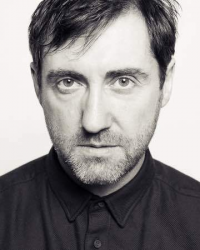