I: The Series Sheds Light on Victims of Past Trauma as They Move Forward with Their Lives

Los Angeles, CA -- (ReleaseWire) -- 05/16/2018 --Victims of trauma have difficult roads ahead of them in terms of processing and moving on from their trauma. This can include assault, sexual harassment, rape, witnessing violence and many other types of trauma. Each victim has a story to tell, and sharing that story with the world can help in the healing process.

Sharing victims' stories is the goal of Mary Beth Eversole's new short film project, I: The Series. Each episode in the series will serve as a standalone short film, telling the story of a single individual. Eversole has already written the script for the first episode and is ready to go to production.

The first episode tells the story of a woman who suffered from an eating disorder and body dysmorphia in the wake of multiple traumas in her past. The episode goes on to depict her struggles as she attempts to overcome her circumstances in an effort to live a happier, more stable life in the future.

Future episodes in the series will pull from stories that fans share on the series' social media platforms. Once users have granted permission to use their stories, Eversole and her team can move forward with creating scripts for the ensuing episodes. The ultimate goal is to deliver six episodes for the complete series.

The ultimate goal of the series is to shine a light on the difficult recovery process after trauma. Even after the physical effects of the trauma have subsided, the psychological effects can remain for a long time. As movements like #metoo and #neveragain gain popularity, this series couldn't be more timely.

Eversole's hope is that the series will make these stories more accessible to a wider audience. With greater understanding, the series hopes to reduce the occurrence of traumatic events, as people learn more about the lasting effects of different forms of abuse.

To raise the necessary funds to produce the series, Eversole will launch a crowdfunding campaign on Indiegogo with a goal of $65,000. This money will go towards the production of the first episode. Contributors to the campaign will be rewarded with a variety of prizes, depending on how much they donate to the project. The rewards will be announced when the campaign launches. 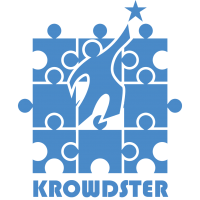