Flint, MI -- (ReleaseWire) -- 06/07/2017 --The Ian Somerhalder Foundation (ISF) organized a full day community and water cleanup for Bluebell Beach and For-Mar Nature Preserve and Arboretum. Kids and teens of the ISF Youth Team and their families not only helped the habitat and local wildlife, but also learned about the Flint, Michigan water crisis.

The group of 15 carpooled to the beach and were first taught by ISF Youth Director, Jules Trace, about the tremendous negative impact of plastic on our waterways and creatures. They were then broken into smaller groups to participate in a cleanup and scavenger hunt to pick up all of the litter from the water and shore and sort it into trash versus recyclables. Throughout the day, over 1,000 pieces of litter (mostly recyclable items) were collected and disposed of correctly. The most common items found along the beach were: plastic bottles, glass bottles, plastic straws, fast food wrappers, plastic bags, cigarettes and random, small pieces of plastic. The oddest items found were: an old picnic basket, clay pigeons, roof shingles and a $20 bill. During the cleanup, the group was able to talk to locals about their efforts and spread the mission of ISF.

Jules Trace said, "As humans, we must make a drastic change in our plastic consumption. The largest and most motivated group of changemakers is our Youth, who instinctually realize the way we have been living, consuming and disposing is destroying their future. In one day, this group of kind hearted and strong youth were able to correctly dispose of over 1,000 pieces of trash that other humans had discarded without thought to the habitat or creatures in their own town. This group from ISF made a significant difference in Flint, Michigan, and everyone can make this kind of impact in their own communities by organizing clean ups – or even better, reducing their consumption of throw away materials. Thank you to everyone involved in this successful ISF Youth Day."

The volunteers ended the day at For-Mar Nature Preserve where the kids had a "litterless lunch" and got a chance to brainstorm with other ISF members about ideas for future projects. Together, they plotted from their own passions with ideas for recycling bins in their schools, advocating for pit bull type dogs in their cities and how to expand clean ups in their own communities.

The Ian Somerhalder Foundation Youth Team informs and encourages the rising generations to take action, inspire hope and create change for our planet with various programs and services for kids. The ISF Youth Team is predominantly composed of kids and teens who participate in a 1 year volunteer program with ISF by creating and enacting multiple campaigns, projects and Youth Days. Youth Days are 1 day volunteer opportunities for kids, teens and their families throughout the United States that help animals, the environment and/or teach skills for planetary change.

To learn more about these programs visit us at www.isfoundation.com/youth

About ISF
The Ian Somerhalder Foundation, founded by actor and environmental and animal advocate Ian Somerhalder, is dedicated to empowering, educating and collaborating with people and projects to positively impact the planet and its creatures. ISF focuses on raising awareness about environmental and animal protection issues, and supporting initiatives to promote green energy, global conservation and anti-animal cruelty programs, as well as empowering youth to become a united and spirited force for change. 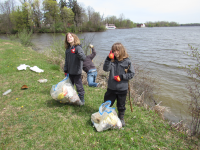 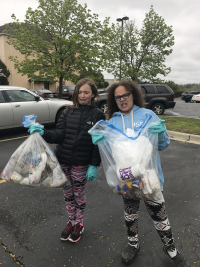