The customer has introduced a new CRM system. In this regard, they needed to transfer data from the old system to the new one. Most of the information would need to be processed manually, which would be very laborious, and there was also a great risk of error due to the human factor. Therefore, the customer company was looking for a solution for automated data transfer.

CHALLENGE
The customer launched a project to implement a new cloud-based CRM system. Previously, the customer used a different system with outdated functionality, which was impossible to develop further. At the start-up stage before the production run, it was necessary to transfer the sensitive personal information of the Customer's clients to the new system. They managed to download part of this information from the obsolete system and upload it into the new CRM. Another portion of information was stored in the format of documents attached to customer data sheets and it was impossible to upload it automatically. Manual transfer of documents was inconvenient and would potentially take too much time. In addition, the risk of human error could not be ruled out. The old CRM system had more than 21 thousand different records, so, according to preliminary estimates, it would be necessary to spend more than 1,500 working hours on transferring all this information. The customer did not have enough resources, and the cost of attracting a contractor was too high and was not accounted for in the planned costs of the project. Attracting other assistance, for example, students, for the physical transfer of information was also impossible in view of the sensitive personal information with which they would have to work.

GOALS AND OBJECTIVES
To transfer sensitive personal data from one system to another within a limited timeframe and with a tight budget.

IMPLEMENTED OUR SOLUTION
ICL Services offered the customer to develop a robot on the UiPath RPA platform, which could fulfil this task. Given the fact that the data processing speed of the robot which can work 24x7 is much higher than that of a human, according to preliminary estimates, the robot would be able complete the project in less than 1 month. It took only 1 month to agree on the details, conclude an agreement, develop a robot, test it, deploy the platform and put it into operation. As part of the project, test cases were developed that covered all possible exceptions in the operation of the robot. Thus, the system could work almost autonomously, without involving the Customer's personnel.

RESULTS
As a result of the project, we developed a robot which performed data transfer from the old CRM system to the new one according to a given algorithm. The robot interacted with both systems exclusively through the user interface and used the standard CRM functionality. It is worth noting that this method of transfer of confidential information excluded the risk of leakage by minimizing the human factor.

The robot processed more than 21 thousand records in the original CRM system and transferred the necessary documents to a new one in 20 calendar days. The implementation of the robot reduced the laboriousness of the task by three times, and the data transfer time was reduced by almost 10 times due to the 24/7 operation of the robot in comparison with the eight-hour working day of an ordinary employee.

About ICL Services
ICL Services is a large system integrator (member of the ICL group of companies), providing a full range of services on domestic and international markets. The company employs more than 2,000 workers who successfully interact with more than 80 clients from 30 countries around the world, providing IT services 24 hours 7 days a week in Russian, English, French and German. ICL Services offices are located in Kazan, Moscow, Voronezh, Vladivostok and Belgrade (Serbia). 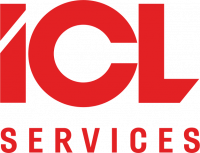