The Only One Hundred Percent Michigan Fishing Show on National Television

Lansing, MI -- (ReleaseWire) -- 06/14/2017 --After two successful seasons attracting fishing enthusiasts to the Traverse City Region, iFISHIGAN will be filming on location in Michigan's top sport fisheries throughout the state. Fishing is the number one outdoor pastime in the U.S. and Michigan ranks first in boat registrations and second in the nation in fishing spending.

Producer and Host, Danny Leonard is contacting Michigan Convention and Visitors' Bureaus and Chambers of Commerce to determine the prime locations across the state that will be featured in the upcoming season. iFISHIGAN's professional fishing guests will include Jonathon VanDam (the Bassmaster Elite Series Rising Star), Randy VanDam (Smallmouth Bass State Record Holder in Ohio and one of the most recognized fisherman in the U.S.), along with Michigan's top charter boat captains. Potential hosts include Kevin VanDam, the highest Bassmaster Tournament money maker and one of the most respected fisherman in the world.

"Michigan offers by far the finest freshwater sport fishing on the planet, but the problem is that very few fishermen across the country know anything about it," said Kevin VanDam. "It's great to finally see a national show that tells our unmatched sport fishing story."

With twice as many fisherman as there are golfers in the U.S., there are more than 30 million fishing licenses sold each year. Attracting the nation's fishermen to Michigan could be a boon to travel and tourism in the off-seasons, when fishing is at its peak, as a majority of fishermen take at least 18 days of vacation to fish each year.

"Throughout Michigan there is a need to build our tourism volume during our shoulder seasons," said Brad Van Dommelen, former President and CEO of Traverse City Tourism. "Danny Leonard's iFISHIGAN TV show played a key role in helping to build awareness of our region by showcasing our world-class fishing and unique attractions."

When Van Dommelen was President and CEO of Traverse City Tourism, he reported a growth in their destination for fishing when iFISHIGAN featured the region and aired on the World Fishing Network. Fishing guides and charter captains saw an increase in business from across the United States as well.

"After the first airings of our iFISHIGAN shows, I received many calls from folks in Michigan, North Carolina, Virginia, Texas, Missouri, Ohio, Florida and Illinois," said Ryan Matuzak, Captain of North Country Guide Service. "They were mostly for family fishing vacations, but five were from businesses looking for a great place to have a meeting that also offered fantastic fishing."

iFISHIGAN's audience of avid fishing enthusiasts from across the U.S. showed steady growth over their two years on air. Features of the iFISHIGAN show include high-quality, action-packed footage, Dream Trip Giveaway Packages, and highlights of each show location's specific events and attractions. Now as iFISHIGAN expands out across the state, their audience is bound to increase even more.

"It's more important than ever to feature Michigan's freshwater sport fishing. With our King Salmon fishing tanking, we can offset the negative economic impact by simply letting millions across North America know about our amazing Lake Trout, Steelhead, Walleye, Smallmouth Bass, and Musky fishing," says Leonard. "If you're a charter boat captain or licensed guide and would like to be featured on iFISHIGAN, let your local Conventions and Visitors Bureau know that iFISHIGAN will help maximize tourism by featuring your location on the show."

To learn more about iFISHIGAN, visit their website at iFISHIGAN.com. Michigan Convention and Visitors' Bureaus and Chambers of Commerce are encouraged to make arrangements for shows to be filmed in their local area as soon as possible. iFISHIGAN begins filming this fall, and the show schedule will be finalized by September 1, 2017. Contact iFISHIGAN at 734-845-2445 or at info@iFISHIGAN.com. 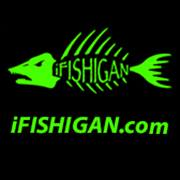