Importing International Music to a Local Audience in North America

Should our understanding of music be more about its lyrics or the feeling we get when we listen to the sound it produces?

Surrey, UK -- (ReleaseWire) -- 04/27/2017 --Many are called but few are chosen. This is the story of many international artists looking to break into the Music industry in The United States without success. Why? With a population of over 350 million and a big percentage of them working class, it is easy to see why everyone would itch for a bit of a following in the United States. As jay z put it "You make it here, you make it anywhere". Of the music genres, reggae has found much success in the mass media due to its style and fast pace of the music. With successful artists, such as Bob Marley, Burning Spear, Sean Paul, Shaggy, having found success, other international artists are taking note.

Entering the arena is a new contender, his name is Lil Steve. Born in Nigeria to a family of 6, Lil Steve has honed his music skills to a whole new level and gained a mastery of stringing his lyrics to create something you can't help but move to. By sampling from his favorite idols- Jay-z, fela, M.I and Drake to create his own style, Lil steve is one to watch for. His sound is so unique he was quickly snapped to a multi-album deal by a Canadian record label called Lucky Records - Their goal is to introduce different genres like afro beats, Fuji, Africana, etc. into the North American Market. In words of Lucky Records CEO- "Music should never have borders, as music is life and life is music". Should our understanding of music be more about its lyrics or the feeling we get when we listen to the sound it produces? That's what Lil Steve sets out to prove with his music, the question is can he do it without Americanizing his sound and losing what makes him unique?

After producing hits like Groundnut, he is already quickly becoming a local sensation and a top 10 artist in Nigeria. His latest song called "Ada" is a combination of Afro beats and hip hop, which talks about the complications of love and it's interaction with cultural and tribal differences. With the current political unrest happening around the world due to race, religion, tribe, social and economic status, this Is a much-needed song to remind us that love conquers all, that love doesn't judge, it just loves and that is the greatest gift of all. "Ada" is gaining a lot of airtime in Canada and United states, with play time and love from MTV, Bellanaija, Underground Hip hop and radio stations.

We are far from the answer on whether Lil Steve is the Nigeria artist to fully break into the international music scene with success. Only time will tell, but one thing we do know is that the kid is mightily talented and one to watch out for.

In his word "When life induces too much stress, noise, and rush, it is a nice feeling to put your headphones on, click play on your favorite playlist, close your eyes and give way to the music and the feeling that comes with it" Lil Steve

About Lucky Records
Lucky Records is a Canadian record label that seeks to bring international music to a local audience, introducing a rich experience and shared culture. 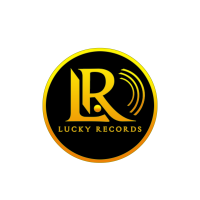 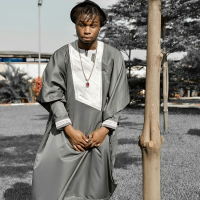 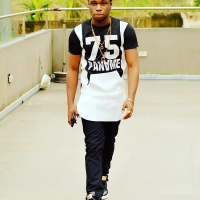 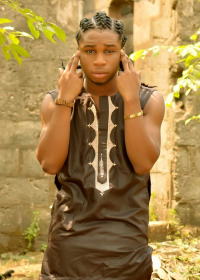