Improved Control of Steam Heating Systems Behind Switch in Valves

He says the valves are replacing older, electronic ones used in heating system upgrades as recently as 3-5 years ago.

"A thermostatically-operated valve is purely mechanical and uses no electricity. Like earlier valves it opens and closes based on room temperature, but offers increased efficiency with even and consistent heat distribution," he adds.

In a March New York Times article Cataneo explained the benefits of TRVs, noting that building and home renovations often introduce sealed windows and doors, or insulated walls, where none existed before—thus causing existing radiators to suddenly become oversized for the rooms they serve.

A problem which he says is all too common in older buildings.

"TRVs are low-tech smart devices that intervene on an imbalanced system and help bring everything back to closely resemble the intended functions of that network of piping and radiators we call central hydronic (water based) heating," says Cataneo.

Electrical energy is saved, plus the added efficiency savings gained by disallowing the overheating of rooms and eliminating the overwhelming desire to open of windows in the dead of winter to gain comfort in the living or work space makes these devices "a no-brainer" when applied correctly, he adds. 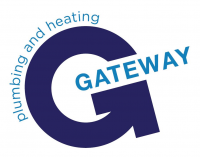