In His New Book Author, Robert Deen Asks, "Are You Crazy Enough to Eat a Boiled Peanut?"

But boiled peanuts – long popular in the south– are growing in popularity across the United States.

Boiled to softness and soaked in a salty brine, boiled peanuts taste nothing like roasted peanuts. Soft, pea-like, and salty, some say they are an acquired taste. But according to the author of "The Boiled Peanut Book", more Americans are discovering the salty snack thanks to wider availability.

"Today you can find canned boiled peanuts in major grocery stores, and new foil technologies make them available outside the southern U.S.," says author Robert Deen, whose book is subtitled "Everything You Always Wanted to Know About Boiled Peanuts."

But boiled peanuts are not something the average person has experienced.

Matt Lee, of Lee Brothers of South Carolina, a renowned southern chef, once said, "You travel to Seattle, the odds of finding a boiled peanut are less than those of finding an asteroid in your pocket."

Boiled peanuts are often compared to edamame, a Japanese preparation of immature soy beans boiled in the pod. They are sometimes referred to as Goober Peas, or Caviar of the South.

Boiled peanuts traditionally are only available during peanut harvest seasons, usually early fall in growing states like Georgia and Alabama. "Green peanuts" straight from the ground are needed, but they mold quickly and keep only for a few days. Once boiled, peanuts last only a day unless refrigerated. So fresh, truly authentic boiled peanuts were long found only in the growing regions of the deep south.

They still are. But canned and foil preserved versions are entering into the mainstream of snack selections. And newcomers are being attracted by a wider and spicier variety of boiled peanuts.

"You can really spice boiled peanuts up in any way that meets your personal tastes," says Deen.

The Boiled Peanut Book is available on Amazon in print and Kindle.

He is a former U.S. Marine officer, parachutist and scuba diver, and a distinguished honor graduate of the Department of Defense Information School. He holds a journalism degree from Oregon State University and a masters degree in Communications from California State University, Chico. Deen founded what became California's largest independently owned public relations agency, with $15 million in annual revenues. After the firm was acquired by Ogilvy Public Relations Worldwide he served there as a managing director.

After leaving the corporate world Deen retired to the Oregon Coast, where he writes on a variety of subjects, particularly hunting and fishing. 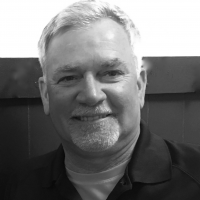 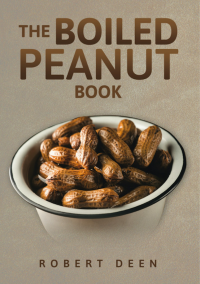 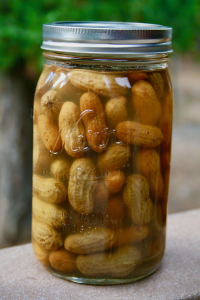