The lifestyle and interior design show has just celebrate its’ 100th episode, here you can replicate some of the series’ most spectacular installations.

Lancashire, England -- (ReleaseWire) -- 02/27/2013 --Kevin McCloud has become a household fixture for almost 14 years now. His Grand Designs show has graced the screen whilst astounding and mesmerising millions throughout the UK and overseas. The title of the show is particularly fitting when the sheer scale of some of the projects are taken into consideration. Every episode delves into the life of an individual or family who wants to create their own unique slice of heaven. Jaws drop to the floor as the sheer magnitude of the job undertaken are considered. However, some of the ideas are more realistic and can be implemented into many homes.

The oak tree staircase set inside a hexagonal home was one of the most awe-inspiring projects that the show ever covered. A spiral wooden staircase fitted around an old oak tree was as functional as it was beautiful. Looking like something out of a Jim Henson movie; the oak tree staircase created a genuine sense of nature in the newly built house. It was made to look as though the house was built around the tree still lodged in the ground, however it was transported to the house after being struck by lightning. If you are lucky enough to find a stricken tree trunk, then it can be placed within an existing spiral timber staircase. It may require planing to ensure that it fits within the imposed restrictions.

One of the simplest yet most effective grand designs was designed on and ordered from the internet. An enthusiastic builder fell in love with the style of homes found in New England, USA. Aspiring to live in such a home; the builder, Jane Warren, ordered a full kit that would allow her to build her perfect home. A wide range of different house kit styles are available on the internet.

In cramped towns and cities in which thousands if not millions of people live, light and space can both be somewhat rare commodities. Fitting a large number of people into a small space may mean that all parties have to compromise space. Terraced houses were built to fit the maximum amount of people into a space. Many people who live in terraced houses complain of a lack of space. The Terrace Conversion saw the homeowners increase the amount of light that entered the home with intelligent window positioning. This created an airy feeling of light, space and energy. 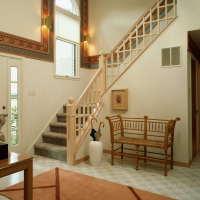 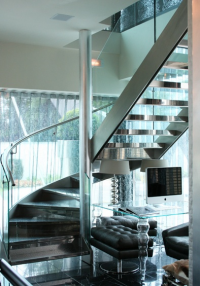