Known for an eclectic musical style that's a blend of R&B and Hip Hip, accentuated by Reggae hints, De Boss is making a name for himself as an artist that is doing everything but forgetting the roots from where he came.

"I want my music to introduce a new era that upholds the fundamental humane values of honesty and integrity," said De Boss. "Where words fail, music enables us to speak. I can't wait to hear everyone's feedback and initial reactions to Take That, a song that will usher in the next phase of my musical production."

De Boss recently released his first studio album, The Scrutiny, which features rappers from prominent record labels like G-Unit, HighGrade Family & Rugged Records. Songs like Misunderstood (feat. Young Buck), Diamonds (feat. Tony Yayo), Cuba Libre, Where Your Money Go, War, Be What You Want, and Sawela (feat. Samini) can be listened to off the album.

"I plan to keep music making for as long as possible, sharing my trials and tribulations of growing up in Nigeria with listeners worldwide," said De Boss. "My music doesn't shy away from the tougher topics, and that was my exact vision with Take That."

De Boss' single, Take That, was officially released on March 16th under the De Boss label. It's available for streaming on all major music syndication platforms.

To listen to Take That or to subscribe to De Boss, visit: https://open.spotify.com/artist/77uSXvqqTMOPORo07k0kwC?si=7ZsdIqzvSZew8ZQKlwXUsg.

About De Boss
De Boss is an independent American rapper, singer, songwriter, and producer based in New York. 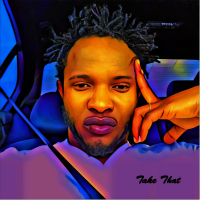