India's Largest Media Group Honours Vishal Vivek by Publishing His Story in Its Book- I Did It! Vol 2

The Times Group recently published the second collection of brief biographies in its latest book “I did it! EXCEPTIONAL STORIES OF PEOPLE WHO MADFE IT LARGE!

Waco, TX -- (ReleaseWire) -- 07/20/2018 --The Times Group recently published the second collection of brief biographies in its latest book "I did it! EXCEPTIONAL STORIES OF PEOPLE WHO MADFE IT LARGE! Volume 2. Authored by former journalist and acclaimed writer Prachi Raturi Mishra, I did it has immortalized 20 stories of struggle, sorrow and success one of which belongs to Vishal Vivek.

I did it! EXCEPTIONAL STORIES OF PEOPLE WHO MADE IT LARGE! Volume 2 documents Mishra's interviews with some of the biggest household names who faced exceptional struggles with even stronger exceptional willpower.

These stories of struggles and success chronicle extreme hardships, pain, suffering, courage, determination, unfettering ambitions of men and women who decided to not let circumstances get in the way of their dreams.

I did it! Vol 2 celebrates the fighting spirit of the exceptional men and women featured.

Vishal Vivek, the boy who fought his way through loss & despair

A boy who lost his father at a very young age and accepted the responsibility of 7 sisters and mother at just 15. Life was not always very kind to him and he admits to having seen the darkest of days when loan officers repeatedly served the family notices saying their only house will be confiscated.

The family faced electricity disconnection for nonpayment of bills and couldn't pay the piling medicine bills for the ailing father. More than a decade has passed since and the boy who once struggled to buy medicines for his father now heads one of the leading SEO companies of India, SEO Corporation. Vishal Vivek found the company, SEO Corporation, in 2011 and started using a second hand computer and without any money. For a year, he depended on his friends for everything and with sheer determination and his fighting spirit, he set up a strong company with an ever expanding client base employing 40 full time employees. They have diehard fans in every continents of the world except Antarctica, where Penguins are not internet savvy.

I did it! Vol 2 chronicles 19 other inspiring stories of famous people like the International footballer, Pratik Shinde who lived in chawl growing up, Manoranjan Byapari who pulled a rickshaw and led a convict's life before he becoming a successful author. Other major names include famous Chef, Author & Director Vikas Khanna, well-known choreographer & actor Dharmesh Yelande, beloved comedian Bharti Singh, weightlifter Punam Yadav among others.

About The Times Group
The Financial Times stated in 2015 that the Times Group is India's largest media conglomerate. If the Audit Bureau of Circulations reports are to be believed, the Times of India had the largest circulation of any English-language newspaper in the world, with 3,321,702 average qualifying sales in 2014.

The group has also founded a few other awards that are coveted honours in the fields of fashion, movies and business in India - namely the Miss India title, Filmfare Awards (movies) and the Economic Times Awards for Corporate Excellence. 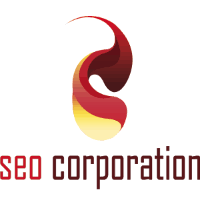