Torrington, CT -- (ReleaseWire) -- 08/21/2018 --Sophic Bloom is an indie-grunge rock band based out of Torrington, CT. The duo is set to release their first full-length album. Their style is reminiscent of 90s grunge, and the band finds inspiration in a variety of other musical styles as well, giving them a unique sound.

Unlike much of the music these days that is over-produced, auto-tuned and unrealistic-sounding, all of the tracks on Sophic Bloom's album were recorded live in the studio. While production is essential to refine the sound to its best possible quality, Sophic Bloom took care to keep it to a minimum, allowing their true sound to shine through.

The band has already recorded all of the songs for the album and completed production and editing on them. They are now ready to move forward with manufacturing physical albums on vinyl and CD. Digital copies of the album will be available online as well.

Because the band embraces the nostalgia of the 90s, they chose to release the album on vinyl to give fans something tangible. The goal is to create a fuller musical experience beyond just listening to the album. From the artwork to the inserts, the band has taken great care to provide the complete package for record purchasers.

Because music production has gotten so affordable, particularly for independent artists like Sophic Bloom, the band only needs assistance with the actual production of the CDs and records. To achieve that goal, they have launched a crowdfunding campaign on Kickstarter with a modest funding goal of just $1,200. At the time of this release, the campaign had already generated more than $370. It will continue to run until September 7, 2018.

The funds raised will go directly towards manufacturing the CDs and records, as well as their packaging and inserts. Those who contribute to the campaign will be rewarded with a variety of band merchandise. Starting at just $5, backers can get their name in the credits on the CD and record inserts. For $12 or more, they can get a Sophic Bloom t-shirt, and for $18, they'll get a digital download of the album when it is released. The CD will be available for $22 and the record for $35. The band expects to deliver rewards to backers in December 2018. 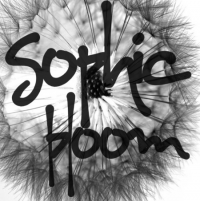